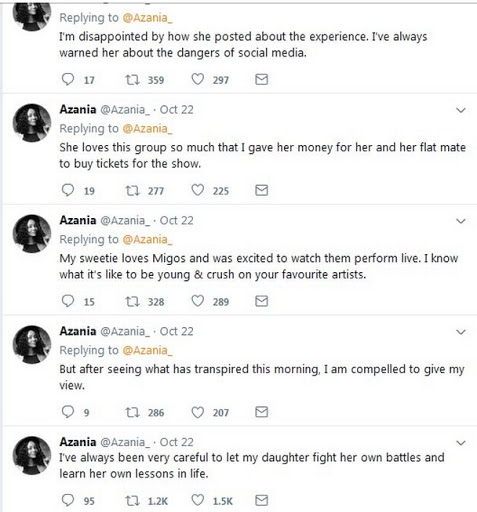 Radio personality Azania Mosaka stepped in to defend her daughter after she was bullied on social media.

Her daughter‚ Shamiso‚ had Twitter going beserk after her tweets about Migos went viral on Sunday morning. She was lambasted after she said a member of the American rap group had invited her to their table at a Joburg club after the concert.

“Guys Quavo asked me to join him. I died. I still love offset though. He’s texting Cardi though‚” read on of her tweets.

Twitter went crazy and accused her of being a prostitute.

Although she has since made her account private‚ her mom would not let the issue go‚ and called out those who had bullied her daughter.