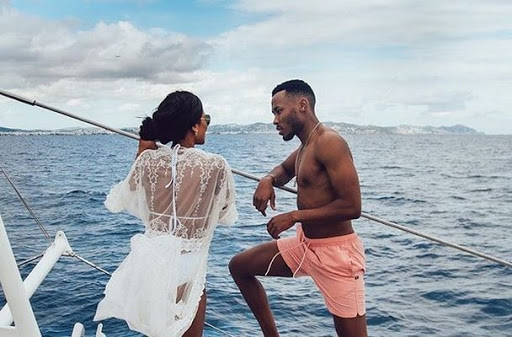 Dreamteam musician Mthoko “Dash” Mkhathini and his bae Ayanda Thabethe have in the past been shy to talk about their romance‚ something that Dash says came from wanting to let their relationship grow‚ not keep it a secret.

Dash told TshisaLIVE that the pair had been dating for over two years and gushed over how his girlfriend is one of his biggest supporters. He explained that the couple did not mean to be secretive with their relationship but were just doing what made them comfortable.

“We weren’t being secretive. I think it was just‚ at first‚ that people were trying to put two and two together. So it was people who were guessing (about our romance). It’s not that we are public or secretive‚ we are just doing what makes us comfortable. If we want to post‚ we will post. If we don’t post than we don’t. It is not a secret‚ but it also not advertised‚” he said.

He said that the couple were taking their romance slowly and trying to get to know each other.

“Time is the most important thing. When you get more comfortable (in a relationship) you share more. We are the same as any couple not in the public eye. When a relationship starts off‚ you meet in private areas and have private confirmations until you get comfortable to tell others about it‚” he said.

The couple recently returned from Ibiza‚ where they shared several pictures of themselves together.