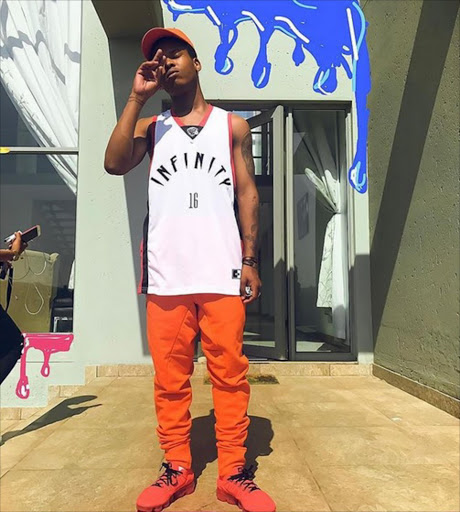 Nasty C has pleaded with fans and has offered a R100‚00 reward to anyone who can help him find a laptop‚ which was stolen by thieves during a house robbery at his home in Johannesburg last week.

The rapper took to social media on Wednesday evening to make the request‚ explaining that the laptop contained music he was working on for over a year.

Nasty C’s record label‚ Mabala Noise told TshisaLIVE that they decided to issue a public plea because the laptop was very important to the rapper.

“Police have been trying to locate all of the items lost in the robbery but the laptop is very important to Nasty C and so we decided to appeal to his fans for help. The reward has been set at R100‚000 but it is actually priceless because it contains the music he was working on. It is a lot of music and all we want is for it to be returned‚” Mabala Noise spokesperson Sikhulile Nzuza said.

He said the search was centered around Tembisa after a cellphone stolen during the robbery was last tracked to the area.

Sikhulile said the company received a lot of responses to their pleas‚ but majority of the replies were just chancers sending through their demos.

“We have had a lot of people contact us about the laptop but sadly most of these were just messages containing information or links to people’s demos. There have not been any solid leads yet but we are hopeful‚” Sikhulile added.

Nasty C and four others were tied up and held at gunpoint at the rapper’s home in Roodekraans‚ Johannesburg last Wednesday. SAPS spokesperson Captain Mavela Masondo told TshisaLIVE thieves made off with laptops‚ tablets‚ cellphones and a Rolex watch.