Orange is the new white 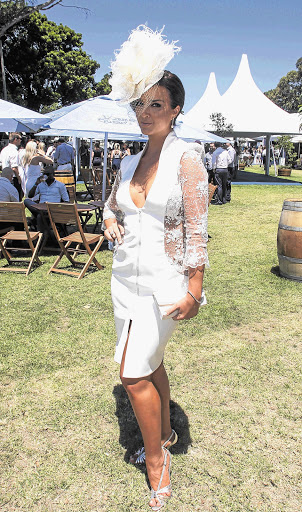 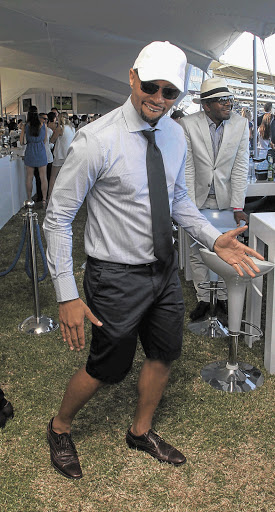 THE local horse racing season is in full swing, and judging by the air-kissing Shwashwi had to do this past weekend in Cape Town, we're in for another long year of desperate pseudo-celebs competing for attention and relevance.

To start the 2014 calender in style, Shwa attend the exclusive L'Ormarins Queen's Plate - the more elite and toned-down version of the J&B Met.

While the event's aim is to celebrate Mzansi's top 16 thoroughbreds competing for the R1-million purse - it was snapped up by Cape Town Noir - Shwa spent her day focused on the famous.

Let's raise a glass of bubbly to everyone for sticking to the simple and traditional blue and white dress code, but can Cape Town celebs make an effort?

YDE and Truworths dresses do not a style icon make.

Bravo to Bravo! presenter Tracey Lange for looking like a Greek goddess in a white Danielle Margaux dress.

A very pregnant Lee-Ann Liebenberg, who had spent the entire festive season basking in the Cape Town sun with husband Nicky van der Walt, glowed as she showed off her baby bump in a flowy floral Gavin Rajah dress.

Yet another predictable move. Yawn.

Fashion designers Malcolm Klûk and Christiaan Gabriel du Toit were part of the judging panel who decided who some of this year's fashionable attendees were.

What's up with that, guys? Such a typical Cape Town thing of course - lacking some relevant BEE social clout at events!

I'm not too sure if Cindy deserved to win in her body-hugging lace Jason Kieck outfit; she looked too orange-tanned. Maybe the cleavage got her the points.

Joburg socialites who flew down included musician Stoan Seate (who looked extremely hot in a grey suit), Tumisho and TV presenter Trevor Gumbi, who seems to be slimming down these days. Don't lose the momentum, Trevor, you're almost at the finish line!

Shwa noticed that several celebs have taken a page out of Liezel's book of "Ninja bomb" tactics at social events, leaving almost immediately after having been photographed and interviewed by the media. Sneaky!

DJs Fresh and Euphonik and glamorous UK queen of dance DJ Lora all took to the decks for the after-party. It was a worthy start to the 2014 party season. Shwa approves!