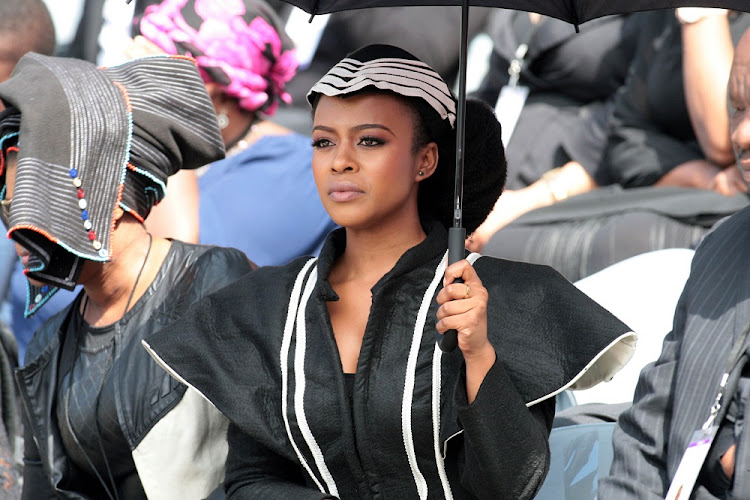 Sultry actress Nomzamo Mbatha will soon be lost to local TV screens after she landed a role in famous US comedian Eddy Murphy's rom-com Coming To America 2.

As a result of her new gig and her plans to permanently settle in Los Angeles, Mbatha will say goodbye to her local fans of the Mzansi Magic soapie, Isibaya.

The actress, known as Thandeka on the show, moved to the US earlier this year to pursue her acting dreams.

Her manager Pumza Nohashe confirmed that it was only a matter of time before Mbatha disappears from local TV screens.

But Isibaya director Adze Ugah disputed Nohashe's version of events, saying they still considered the actress one of their own as she had not handed in her resignation letter.

"I don't know anything about Nomzamo leaving the Isibaya cast because she is still highly considered one of our own.

"As far as I know she still shoots with us but she hasn't been shooting currently because she is out of the country. She makes sure she still comes back to shoot for her role," said Ugah.

However, Ugah could not confirm if Mbatha visited their studios to shoot while she was in the country to showcase her short film at the Durban International Film Festival last month.

Nomzamo Mbatha went to the US and scored big: She's been cast in the 'Coming to America' sequel

"She was here recently but I don't know if she did come to work. Nomzamo is still part of our cast unless she disputes the facts," he said.

Despite the controversy back home, Mbatha was excited about securing the role in Murphy's production.

This is considered her first significant international role and she would be part of the crew that would see Prince Akeem, played by Murphy, head back to a fictional land in Africa called Zamunda, where he will be grooming his son who he never knew about.

"I'm rendered speechless to be a part of a project of this magnitude and it being a classic. To God be the glory.

"I am grateful, I am humbled, I am honoured to be the part of the cast of Coming To America."