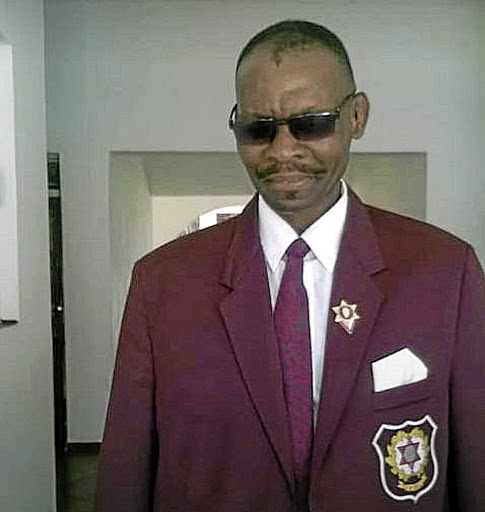 The executors of the estate of the late International Pentecost Holiness Church (IPHC) leader, Comforter Glayton Modise, are embroiled in a bitter legal battle with the two main challengers to the church's throne over the control of its "Holy Mountain" in Cape Town.

Sunday World can reveal that the executors of Modise's estate successfully obtained a court interdict against Michael Sandlana and Leonard Modise, as well as their followers, in June to block them from going anywhere near the Cape Town property. The executors argue that it was the personal property of the late IPHC leader, and not that of the church.

The interdict application, which was filed on June 17 and obtained by Rudi Pottas Attorneys on behalf of the executors of the estate, was later successfully rescinded by Sandlana and Leonard at the Western Cape High Court.

But the two began their own legal battle three weeks later, after Leonard produced a court order granting him access to the scenic koppie.

The order was later challenged by Sandlana at the same court, arguing that it was obtained fraudulently by the IPHC leader's youngest son.

Sandlana, who is a bishop of one the three factions within the church, said he was the rightful leader and therefore should be granted access to the picturesque R100m farm, which is situated along hilly terrain in Melkbosstrand, outside Cape Town.

The property, also known as "Thaba Ya Sione" within the church, was bought by the church's late bishop as his personal asset in 2010.

Pictures of a 'smoking' leader leaked
News
2 years ago

Glayton, who inherited the church from his late father and founder Frederick in 1998, died in 2016 after suffering an undisclosed illness.

A legal dispute over his succession has been raging ever since his death. There had also been violent clashes between different factions within the church, leading to deaths in some instances.

The latest legal dispute was ignited after Leonard and his followers ascended the sacred place of worship in June for a pilgrimage despite the interdict. So bad was the legal battle between the two that Sandlana, in his court papers, called for the court to throw Leonard and his supporters in Pollsmor prison, arguing that he had violated a court interdict he had obtained against him.

In the notice of motion filed by Sandlana and IPHC dated July 2, Sandlana had accused Leonard and two other people of obtaining a court order barring him from ascending the koppie. Sandlana argued that Leonard was not the rightful leader of the IPHC and therefore had no right to set foot there.

In the papers, Sandlana claimed he was the son of the late bishop, commonly known as the comforter, and referred to Leonard and his older brother, Tshepiso, as his brothers.

He said he was the only anointed leader of the church which, according to him, gave him exclusive access to the property, which he called Mount Zion in the court papers.

The documents further showed Leonard's appeal against a judgment that barred him from accessing the property was dismissed with costs in late June.

Despite the judgment, Leonard told Sunday World that Sandlana had no claim over the property as it was owned by his late father Glayton.

According to the distribution of accounts of Modise's estate, the property was inherited by Modise's first wife, Mirriam, as she was married in community of property before her husband died.

Leonard said he was shocked by the judge's ruling as it gave the land to "thieves".

"I have a feeling that the judge was brought on the matter to rule in favour of Sandlana. The judge cannot give access to the mountain to a person while the matter is being handled by the executors of the estate of my father," he said.

"I don't know why I should be stopped from climbing my father's mountain."

Modise family spokesperson and Tshepiso's lawyer, Emmanuel Lekgau, confirmed knowledge of the dispute between Leonard and Sandlana but he emphasised the family was not involved in the matter.

"On Mount Zion, despite the fact that the matter is in the hands of family executors, the family was never involved in court proceedings. And no- one is allowed to go to the mountain without its [the family's] permission," said Lekgau.

Sandlana and IPHC lawyer Lesetja Noko confirmed that he represented the church and its leader on the matter but refused to give more details, stating that his instructions were limited to litigation.