I was beaten for using women's toilets - gay man 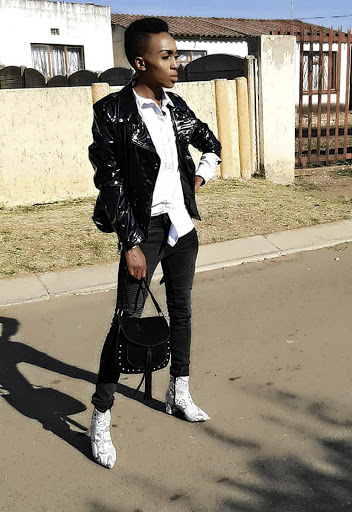 Mpilo shows off his sense of style.
Image: Supplied

A well-known gay man from Daveyton on the East Rand spent a few days in hospital after he was badly beaten, allegedly by burly bouncers at a local tavern, for using female toilets.

Mpilo Ndlangamandla said he was first mocked for his sexuality by being called a sissy before he was sjamboked.

The incident allegedly took place at Lucky 7 tavern in the Ekurhuleni township on the last weekend of July.

Now the gash on Ndlangamandla's face might affect his chances of being crowned winner of the Mr & Miss Daveyton lesbian, gay, bisexual, transgender, intersex, questioning/queer, asexual, plus 2019 pageant on November 2.

One of the three men accused of assaulting the 24-year-old part-time make-up artist was arrested last week on a charge of assault after Ndlangamandla opened a case at Etwatwa police station.

Police spokesperson Mavela Masondo said: "A case of assault with an intent to cause grievous bodily harm was opened. One suspect was arrested and the other two are still at large.

"The suspect appeared at the Daveyton magistrate's court on August 1 and was remanded in police custody for a formal bail application."

Ndlangamandla said he was assaulted because the bouncers were homophobic, noting that everyone in his kasi, including the owner of the tavern, knew that he was gay and was welcome to use the female ablution facilities. 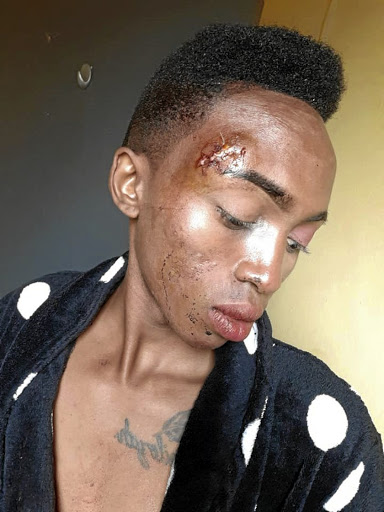 "I feel safe at this tavern because the owner knows I am gay and I get along with half of the girls there. I used the female toilets because I feel much safer and girls are more understanding when it comes to my sexuality.

"So when I walked out that night, the bouncers were seated by the fire and one of them called me. When I got to them, he started making funny jokes about my sexuality and asked why I went in the female toilets.

"I told him [that it's] because I usually use that toilet when I'm at this place. Then he started to be aggressive. He said 'I don't care, you are a male, not female and I don't know why you're wearing [dressing] like a girl or trying to act as a girl while you know that you are a male. Stop acting'," said Ndlangamandla.

He said while he was arguing with the bouncer, the other one said to him "I love you".

He said that he tried to ignore him because he knew he was just making fun of him.

"I called one of my lady friends to come [and] listen to the s**t the guys were saying to me. Then she intervened, trying to make the guys understand. Then the argument started to be more aggressive...

"One of them started beating me up with a sjambok. Everything happened so fast.

"Some guys came to help me. I managed to... call the police and by that time I was bleeding terribly. I couldn't concentrate. I felt dizzy because I was bleeding. I fell down and woke up in hospital," he said.