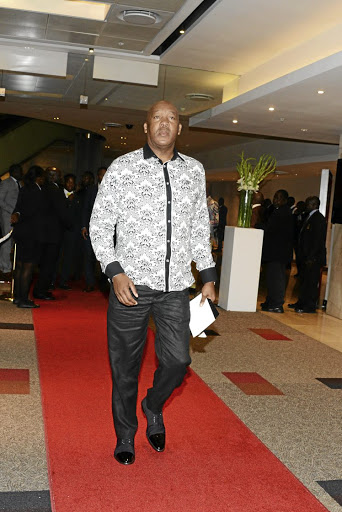 Baba Mthethwa is being asked to cough up more than R60,000.
Image: Gallo Images/ Lefty Shivambu

Controversial SuperSport soccer commentator Baba Mthethwa is in trouble with the law after allegedly failing to pay a hefty bill that includes expensive alcohol and food at a swanky Joburg hotel.

The Four Seasons Hotel, also known as the Westcliff Hotel, has gone to court to force the Sesotho commentator to cough up more than R60,000 he allegedly owes it.

The hotel group approached the Kempton Park magistrate's court late last month after their pleas to Mthethwa to settle the bill fell on deaf ears.

According to documents seen by Sunday World, Mthethwa hosted an event titled 20 years of Passion and Excellence with Baba Mthethwa at the plush hotel in 2016.

The hotel sent Mthethwa a bill of more than R60,000 after the jamboree, but he allegedly failed to settle it.

Star wants half of enstranged wife's estate.
News
2 years ago

"Despite numerous demands for payment, the defendant failed, refused and/or neglected to effect payment of the plaintiff's final invoice with such failure persisting to date," read the papers.

Koosimile confirmed receipt of the summons.

"He must stop using the address of my property for his things. This is my house and not his. I worked for it," she said.

WerthSchröder Inc said they were not at liberty to comment on the matter, citing lawyer and client confidentiality.

Mthethwa declined to comment and instead went on a tirade, accusing this reporter of targeting him and his family.