ANC secretary-general Ace Magashule has launched a blistering attack on the ruling party's veterans, saying some acted like "ordained commentators", bashing leaders of the organisation.

Magashule, in a confidential report to a meeting of the party's top brass last week, accused members of the Veterans League of ill-discipline and playing to the public gallery.

The report, in which he was assessing the state of the party's leagues - including the Youth League and the Women's League - was prepared for the organisation's national executive committee (NEC) meeting last week.

In the report, Magashule said the veterans should use proper channels to criticise and advise the leadership of the party.

"This is petty, opportunistic political posturing unnecessary from the veterans," he added.

Magashule accused the Veterans League of usurping his powers, saying patriarchy and chauvinism were the order of the day when they dealt with his office.

Magashule and the party's veterans have had several run-ins in the past. 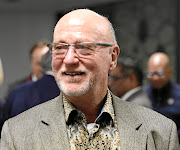 Last week, the veterans slammed Magashule after he publicly tore into former tourism minister Derek Hanekom, who confessed to having plotted with the opposition to remove former president Jacob Zuma.

On Thursday last week, Magashule had labelled Hanekom a charlatan and a wedge-driver on a mission to divide the ANC over his meeting with the EFF to discuss Zuma's ouster.

It was not the first time the veterans chided Magashule. In April, the veterans accused him of inciting ANC supporters to exercise their vote in a racist way after he told a crowd in Philippi, in the Western Cape, not to vote for the DA because it is a "white party".

In his national working committee report to the NEC meeting, Magashule called for action against Hanekom.

"The recent admissions by members of this NEC that they collaborated with opposition parties to remove ANC leaders from public office must be investigated and acted upon expeditiously in terms of due process set out in the ANC constitution, without fear, favour or prejudice," Magashule said.

The ANC has since referred Hanekom's matter to its top six officials.

Veterans League president Snuki Zikalala said during the May elections all league members were fully involved in the party's election campaigns, adding he did not remember seeing any member commenting on TV or radio condemning the organisation's election campaign or speaking out of tune with its manifesto.

"During the elections the ANC Veterans League appealed to the president of the ANC not to appoint comrades who lied under oath and those who have been found involved in corrupt activities as cabinet ministers. I do not agree with the SG [Magashule] that there were veterans who were disrespectful and spoke out of tune or contradicted the ANC manifesto," Zikalala said.