Angry Metro FM listeners have taken to Twitter to call for the return of DJ Fresh after he was reportedly suspended by the SABC for using foul language on air. 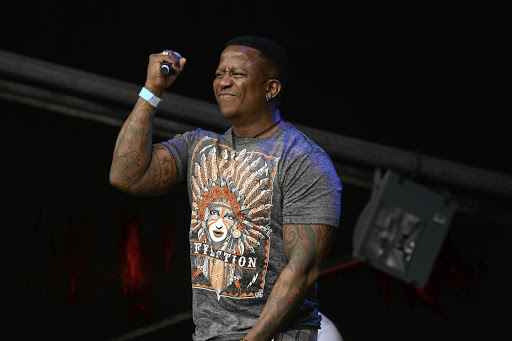 Metro FM presenter and club deejay Thato "DJ Fresh" Sikwane has been temporarily booted out of his show by the SABC for using foul language on air.

The decision to suspend him follows Sikwane's on-air rant against one of the listeners during which he used the word "msunery" in response to the listener's comments on his show. The word is an adaptation of an isiZulu swear word.

He also lambasted another listener claiming that the listener should "stop tweeting from his a$$". The incident occurred on May 20.

His comments did not sit well with one of the listeners, Daniel Mokwa, who laid a complaint with the Broadcasting Complaints Commission of SA (BCCSA) stating that the presenter had used strong language.

Mokwa also urged the SABC to discipline the breakfast show co-host, stating that he was behaving like an untouchable person at the public broadcaster. SABC spokesperson Vuyo Mthembu confirmed that the deejay had been yanked off air, but declined to give more details.

"The SABC can confirm that Mr Thato Sikwane has been unscheduled on Metro FM until further notice. This is a matter between the organisation and Mr Sikwane and the SABC is not in a position to comment further," said Mthembu.

Sunday World has seen the suspension letter signed by Metro FM station manager Sibongile Mtshali which was sent to the deejay on Tuesday.

It reads in part: "It has come to management's attention that you have been allegedly involved in activities and conduct that are in breach of your independent contractors agreement and have brought the SABC into disrepute with reference to the following amongst others:

"@During the broadcast of Fresh Breakfast on Tuesday 21 May 2019, you said "what Msunery is this", and "tweeting out your ass" in reference to a listener's tweet.

"Management considers the above conduct very serious and contemplates action against you for contravention of clauses 5.4.2; 5.4.3; 5.5."

In the same letter, the SABC said it was "currently investigating the issue to its full extent" and urged Sikwane to submit in writing his version of what happened before Friday June 21.

"Please further note that in line with the provision of clause 13.2 of your independent contractors agreement, you will not be scheduled to render any services, pending the outcome of the investigation and finality on the matter," stated the letter.

Big Dawg, as Sikwane is known in other circles, confirmed that he had been suspended from his show and that he received a letter asking him to make representations for his conduct.

"The only communication I have from the SABC is that there is some 'investigation' under way. My lawyer will attend to it and whatever the 'outcome'! No further comment, thanks!" he said in a written message.

Mthembu also confirmed that the SABC apologised to the affected listeners in their submissions to the BCCSA.

The submission reads: "With regards to using the phrase 'tweeting from your a***s', it is unfortunate that it was used by the presenter during that time in the heat of a moment. We sheepishly accept that the presenter was overtaken by emotions to rationally respond to the comment made by the listener against him. As an experienced presenter, we anticipate that the incident could have been avoided and for that we sincerely apologise to the complainant.

"In case of the term 'msunery', while not an appropriate word to use on air, the word m***u, as stated by the complainant was not used by the presenter," reads the SABC submission.