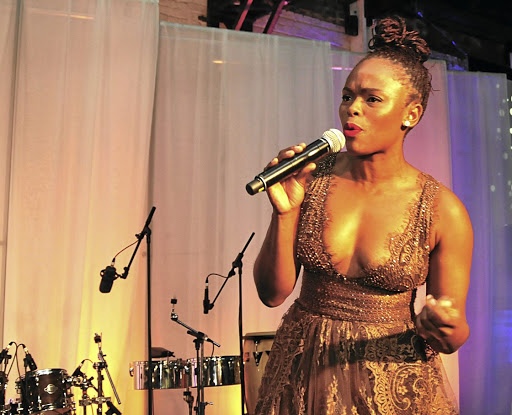 The taxman has obtained a court judgment to attach musician and Idols SA presenter Unathi Nkayi's multi-million rand home for allegedly singing out of tune in her tax matters.

According to the judgment, obtained at the high court in Joburg, Nkayi owed the SA Revenue Services (Sars) over R120,000 in income tax.

The debt ballooned to R219,000 after Sars imposed R94,000 in administrative penalties.

Nkayi, who according to the papers generated between R200,000 and over R1m in revenue between 2006 and 2016, said she was not aware of the judgment against her.

She said her accountant, Byron Ahmed of BAHMEDA, had entered into an agreement with Sars on her behalf to settle the bill.

"My accountant entered into an agreement with them, so please speak to him and he will refer you to my account executive at Sars who is handling this account," she said.

Ahmed said he too was not aware of the judgment, but confirmed Nkayi had entered into an agreement with the taxman to pay her debt monthly.

"She entered into an agreement to pay the bill on monthly basis and she is adherent to that agreement," he said.

According to the court papers, the taxman identified Nkayi's property in Randburg, Joburg that it now wants to sell in a bid to recover the money, lamenting that successful debt recovery chances were not high.

The property, according to the papers, was bought for almost R2m by Nkayi in 2007 and is now worth over R2.3m.

"Sars is bound by Chapter 6 of the Tax Administration Act, 2011, dealing with confidentiality of information, therefore it is not in a position to divulge specific details on the affairs of taxpayers," he said.