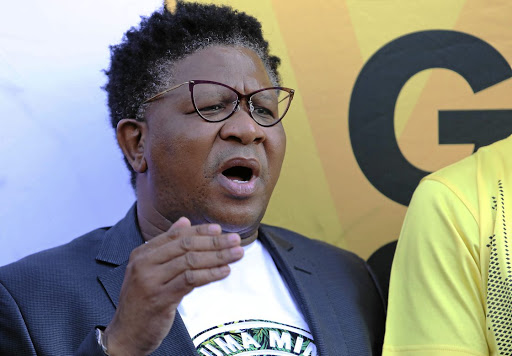 ANC head of elections and MP Fikile Mbalula has lashed out at celebrity Bonang Matheba for claiming that House of BNG was the bubbly supplier at the presidential inauguration on Saturday.

Matheba took to her social media platforms to announce that House of BNG would be the bubbly supplier for the 2019 presidential inauguration.

"@houseofbng is proud bubbly supplier for the 2019 presidential inauguration on May 25th 2019!! Congratulations to president-elect @cyrilramaphosa... We can't wait to toast with you," she wrote on her socials.

However, Mbalula came out guns blazing against the statement telling his Twitter followers that the party "can't entertain such nonsense".

"We come from a bruising election, we can't entertain such nonsense, this is not a Hollywood party, [it] is an inauguration of a president who must serve his people," he wrote.

He further explained in a tweet that as per Ramaphosa's instructions, there would be no champagne popping at the event.

"The president, when we celebrated our victory said no champagne, we must respect our people, the people who put us in power," he wrote.

Mbalula was referring to comments made by Ramaphosa at the "Siyabonga" election victory event outside Luthuli House in Joburg on May 12.

"Comrades, we are in a good space, we have emerged victorious. But comrades, we must be humble in victory. We must be filled with humility.

"We will not be the ones who will be going on rooftops popping champagne bottles. No! 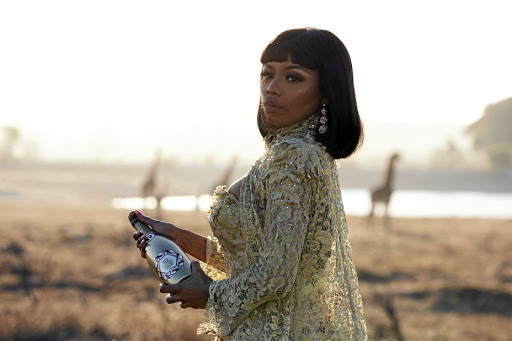 Bonang Matheba claims that House of BNG was the bubbly.
Image: Supplied

"We are humble and we've been humbled by our people and we thank them for the investment of their confidence that they have made to us," Ramaphosa said.

Speaking to Sunday World's sister publication, SowetanLIVE, Mbalula reiterated that the presidency had not made any endorsement of House of BNG. But he did not deny that the brand may be sending some bottles for the celebration.

"There is no such endorsement. People are fast-forward. We are dealing with serious issues here that affect our people. This is about inaugurating President Ramaphosa. It's not about Bonang's party. This is not a Hollywood thing," he said.

Bonang's PR team told TshisaLIVE that House of BNG was one of the small to medium companies being supported by the presidency at the event.

"The presidency is supporting the House of BNG and other small to medium businesses. This is a proud moment for Bonang as she is the first female in the MCC [Methode Cap Classique] council to supply the presidential inauguration. This is a joyous occasion," said Davin Phillips.