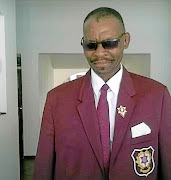 Sandlana, who was appointed IPHC leader by the executive committee despite a pending legal battle over the leadership of the church, filed court papers at the high court in Joburg demanding that the community radio station retract statements made against him during one of the station's talk shows presented by Muntu Mabunjwa and someone identified in papers only as a Mr Msiza.

According to court papers seen by Sunday World, Sandlana, through his lawyers Majavu Attorneys, states the radio station allowed its presenters and guests to make defamatory statements against him by claiming he was facing criminal cases, among them armed robbery, the pointing of a firearm and assault.

The show was aired on the night of February 8.

Sandlana argued in his court papers the statements were false and intended to confirm rumours he was an imposter because of his criminal past.

The papers also state that the allegations made on the show were also intended to injure his reputation.

In justifying his application, Sandlana said he wrote several letters to the station asking them to retract the statement on its website and to apologise.

He said that the station, in its response to his letter of demand, confirmed it did not have any official documents to support the claims and instead offered to broadcast four separate apologies on its shows.

The papers show the station also offered to give Sandlana right of reply on the same show.

However, according to Sandlana's lawyers, the station was now reneging on its unqualified apology it offered earlier and they said the apology given does not cure the harm the interview's initial broadcast caused to the "IPHC leader".

Sandlana said he was now demanding that the station pay him R2m in damages for defaming him, and for failing to retract its statements by broadcasting an appropriate apology.

Station manager Takalani Nemangowe confirmed that the station was currently dealing with a complaint by Sandlana over an interview that featured guests who were members of the church.

"We were contacted by Mr Sandlana and his lawyers about our interview, which featured guests to discuss the issues at the IPHC. The guests are the ones who made the statements," Nemangowe said. "We offered Mr Sandlana his right of reply by availing the platform for him to clear his name."

He said the station agreed to retract the statement made by the guests against Sandlana and had also offered to apologise to the IPHC leader for not giving him his right of reply.

Asked about the lawsuit, the station manager said they had not been served with any court papers, but said Alex FM was a community radio station and could not afford to go to court to defend the matter.

"We have indicated to them that we are willing to resolve the matter out of court, hence we have apologised and retracted the statements made by the guests," he said.