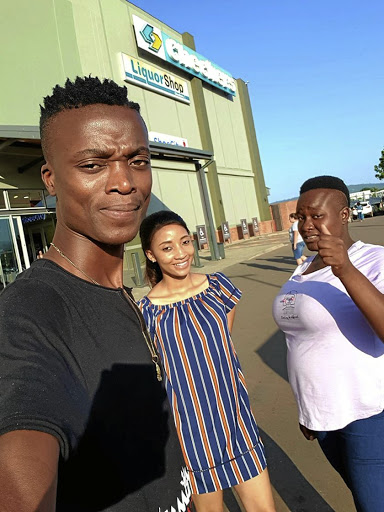 The muso behind the Idibala dance craze, King Monada, is allegedly fainting between two women in his bedroom.

Lion, who works at the Greater Letaba municipality in Limpopo, hails from Modjadjiskloof, formerly known as Duiwelskloof, in Bolobedu district. Monada has allegedly introduced Lion to his wife Lerato Ramawela from Tickyline village near Lenyenye town.

Monada, 27, flaunted Ramawela on his Facebook page last year after buying her a grey VW Polo as a gift for being a doting wife and a caring mother.

News of Monada's apparent polygamy came to the fore last week when he posted a selfie with Ramawela and Lion on his Facebook page with a caption "King and Queens" with a love emoji.

The picture, which was taken at the Tzaneen Lifestyle Crossing, triggered happy wishes from his legions of fans.

In another selfie, the Oska bhora Moreki hitmaker is with both women in a car and a young boy believed to be his son, with a caption "family" accompanied by a love emoji.

Although Monada paraded Lion on his Facebook page, many did not know she was his second partner. His fans also didn't know that Ramawela was in fact his first wife whom he met long before his meteoric rise to fame in 2016.

"I can't comment on that matter now because it's private and I'm at work. I will phone you back later," she said.

But she didn't call back, instead the internationally acclaimed artist phoned Sunday World and threw a tantrum.

"Why did you phone her? You were supposed to have phoned me first. I don't want my private life to be in the newspapers. What will you do if I do the same with your kids and wife?

"I'm the one who knows these people, I know what is happening. Why don't you write about the R160,000 that I donated to a needy community instead of this story?" he asked angrily. 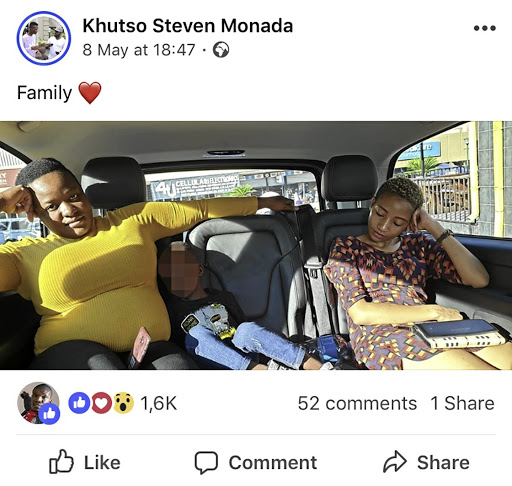 Ramawela couldn't be reached for comment as her phone was off at the time of going to press.

Two independent sources, one a musician and the artist's friend, and another who is Lion's colleague, confirmed the relationship and that Monada was harvesting the forbidden fruits of both women.

The musician, who is close to the artist, said Monada met Lion after she broke up with another Khelobedu music artist whose name is known to Sunday World.

"She has a child with DJ [name withheld]. Monada met her last year and they started dating. The relationship was so serious that he even lent her his luxury VW Golf with the registration number written 'Oskabhora Moreki' to drive around."

The musician alleged Lion started visiting Monada's home in Ga-Mokgoloboto where he introduced her to Ramawela.

Lion's colleague, who didn't want to be named, confirmed that Lion was Monada's second significant other.

"Yes, we work with her, she is King Monada's woman," she said.