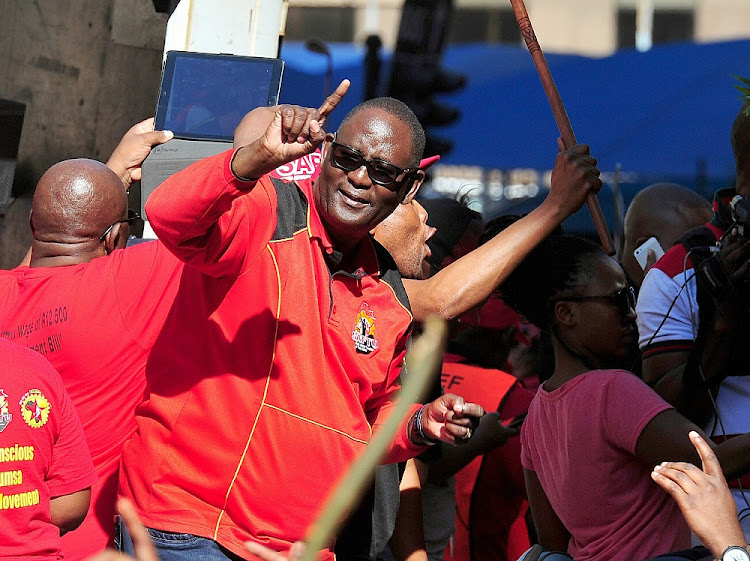 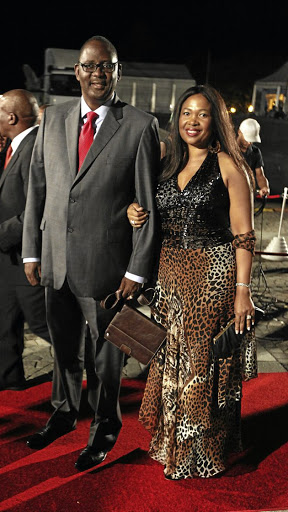 Prominent union leader Zwelinzima Vavi and his wife may lose their R3m mansion in Sandton that is wanted by creditors.

Sunday World can reveal that 3GIP Proprietary Limited last month applied for a court judgment in the Johannesburg High Court to attach and auction off the Vavi's home in Morningside, north of Joburg.

According to court papers seen, Noluthando had used the palatial home as surety when applying for a loan through her company Zweletho Minerals and Resources.

Noluthando and Vavi, who are married in community of property, walked down the aisle in November 2007.

The court papers show that Noluthando, who is cited as second defendant, applied for R800,000 loan for her company, which is cited as the first defendant on March 28 2018.

The company was expected to pay monthly interest of R32,000 and settle the debt in September last year.

When motivating for the approval of the loan, the company indicated that it owned assets and its annual turnover exceeded R2m and would be able to pay the instalment.

"On or about 12 April 2018, the first respondent caused a First Mortgage Bond to be executed and registered in favour of the plaintiff over the property," read the papers.

Vavi's wife and her company allegedly failed to pay back the loan and forced the creditors to drag them to court.

The Liberated Metalworkers Union of South Africa (LIMUSA) said on Friday that it condemned any form of sexual harassment and sexual abuse on women.
News
3 years ago

A sexual harassment claim against SA Federation of Trade Unions (Saftu) general secretary Zwelinzima Vavi was a “misunderstanding” and has been ...
News
3 years ago

"The first defendant breached the terms of the agreement in that it failed to make payment of the amounts due on due date, and it failed to timeously repay to the plaintiff the monies so let and advanced.

"The plaintiff is entitled to payment of the full balance outstanding, being R962,384,62 which amount is due, owing and payable by the first defendant," read the papers.

The papers stated that Vavi's wife and the company allegedly ignored written letters of demand and summons to pay the outstanding balance and as a result their property must be attached and sold to offset the debt.

"The plaintiff submits that the court upon hearing the application for declaring the property executable and authorising the Registrar to issue a warrant of execution against the property, may call for the further information to enable the court to exercise its discretion.

"The current value of the property if sold on the open market would be an amount of R2,900,000," read the papers.

Speaking to Sunday World this week, Vavi's wife lambasted the ANC-led government for her financial predicament.

"I'm a black woman and I run a small company. I'm suffering because of my husband's political stance.

The general secretary of the SA Federation of Trade Unions (Saftu)‚ Zwelinzima Vavi‚ says unions must maintain their independence and deal with the ...
News
4 years ago

"The government is blocking my deals because of my husband, but I am a child of God and will survive this; whether they like it or not," she fumed.

She alleged that she has been sidelined from government tenders because of her link to the former Cosatu general secretary.

"I'm in trucking business, so recently there was a trucking job that I was supposed to get but the government blocked it. People who fought in the Struggle are now living a wealthy lifestyle but we are suffering because of my husband's decision to fight corruption.

They sent white companies to fight me and take our house. But this is not going to happen, we will challenge this," she said.

Vavi, who is the general secretary of new trade union federation Saftu, declined to comment.

"I don't comment on those kind of issues," he said.

3GIP lawyer Janine Viljoen of JB Attorneys confirmed that she was representing the company.

"We have not received anything (application to oppose the order) so far yet," she said.