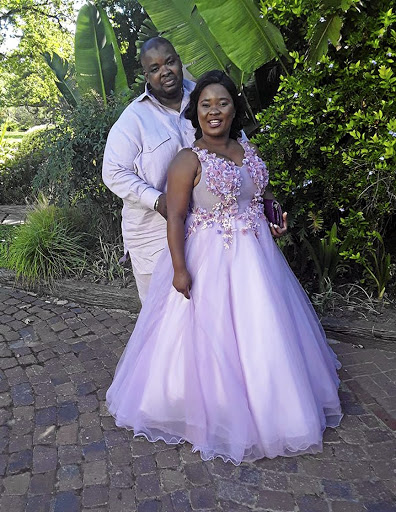 Reverend Deon Nkomfa Mkabile and his wife Unathi had a strong union till the end.

Tributes continued to pour in this week following the untimely passing of the popular pastor and politician on Wednesday.

Sunday World can reveal that Mkabile fought a weight battle that ultimately led to a heart disease that he succumbed to. He was 48.

Mkabile, the founder of Bethel International Ministries, died a month after he was dismissed as councillor for the Drakenstein municipality and member of the ANC. He later joined the African Transformation Movement party.

In February, Sunday World reported how he was attacked on social media after defending his wife Unathi's "inappropriate dress" during the state of the nation address in parliament. The dress, which revealed Unathi's ample cleavage, was deemed tasteless by his followers on social media.

Unathi had been at his bedside ever since he was admitted to hospital a few weeks ago. She was too distraught to speak when Sunday World visited the couple's home in the Montclaire, Cape Town, this week.

As the chief mourner, she sat on a mattress wearing a black doek, surrounded by relatives.

Friend and colleague Bishop Manny Niekerk said Mkabile will be sorely missed by all those who knew him.

"He took his calling as a reverend very seriously and was devoted to his church. At the time of his passing he had very big plans of growing his church beyond Cape Town.

"We have lost a humble man of God," said Niekerk.