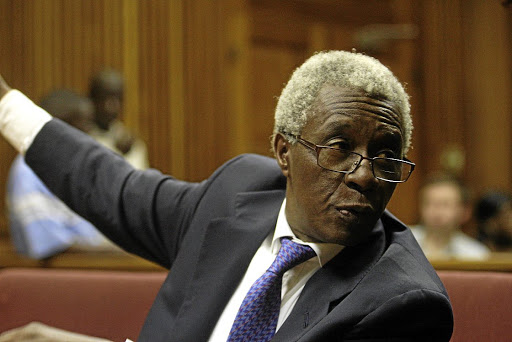 However, Motata will not be handing down any judgments this time around but wants his former colleagues to find in his favour against fellow members of a community sports club.

The retired judge, who is a member of the George Lea Park Sports Club, commonly known as Sandton Sports Club, wanted the court to force his club to show him records of how they leased their facilities to three businesses to conduct business on its premises.

Motata and two of his fellow club members Noah Taruberekera and Dusan Mitrovic have filed court papers in the Johannesburg High Court against the club's executive committee members, whom they accused of reducing the trio to mere spectators in the day-to-day running of the club.

In papers seen by Sunday World, Motata said they wanted the court to grant them an order in terms of the Promotion of Access to Information Act (PAIA) to force the club to give them all the records of the club's meetings where they agreed on the commercialisation of the premises.

At the centre of the row are a gym, a swanky bar lounge and a 5-a-side business venture that are operating from the sports club's facilities in the heart of Sandton.

Motata and co want to see and understand how the committee permitted the businesses to set up shop on the premises allegedly without their knowledge or approval as ordinary members.

They want all audited annual financial statements and the annual activities reports of the club for 2016 and 2017 among other records.

They also want employment agreements between the club and its employees, as well as all the registration documents of the employees with the department of labour and Unemployment Insurance Fund (UIF).

They want to know the reasons the community hall based at the sports club was closed.

"No complete and proper record of the club's property and affairs, including the register of the club's members has been made available to members of the club (or at least as the applicants) and no annual general meeting was held in 2017 and the 2018.

"The meeting was postponed to July 2018 due to the club committee's failure to provide an audited financial statement. The above conduct is clearly inconsistent with the provision of the club's constitution and we require access to the records in order to examine them to determine if there are any steps necessary for us to take, to ensure compliance with the club's constitution by the club's committee," read the papers.

Motata said they prayed for the courts to grant them the order as their repeated attempts to get the information from the chairman of the committee hit a brick wall.

"We therefore, have no other option but to request access to the records to examine the same records to determine the lawfulness of the actions of the club's committee," read the papers.

Club chairperson Marc du Chenne declined to comment, saying the matter was between the parties concerned.

The utterances that Judge Nkola Motata made at the scene of an accident in January 2007 were not racist remarks‚ but they were vulgar.
News
3 years ago
Next Article