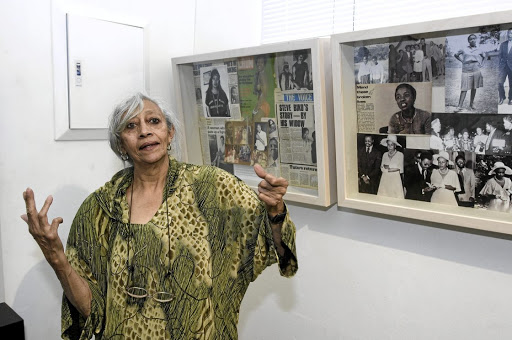 Tributes have poured in for veteran journalist and one of the leading giants of black journalism, Juby Mayet, who has died at her home in Lenasia.

The 80-year-old legendary writer and Struggle-era journalist died yesterday morning after suffering from an undisclosed illness.

Mayet was a formidable writer whose work spanned over four decades in publications such as Golden City Post, Drum and The Voice.

Joe Thloloe, executive director of the Press Council of SA, who learnt of Mayet's death on social media, said: "She was a giant in our society.

"She was a giant in black journalism and in the journalist trade union movement."

Veteran journalist and academic Dr Phil Mtimkulu retired two years ago after serving the country for more than four decades and surviving numerous ...
News
4 years ago

"She sacrificed so much for our liberation. Her loss is a loss for the nation," Thloloe said.

He recalled being detained alongside Mayet, who was against the injustice of the apartheid regime, which led to her being banned in the 1970s.

"The former minister of justice Jimmy Kruger banned her, sent her to jail, [and] took her away from her eight little kids but in the end he couldn't put her down," said Thloloe.

He last saw Mayet a few months ago when he got a message that she was ill.

"She was surprisingly very jolly about her illness. She was making jokes about life. When I went to see her, I was told that she was critically ill and she said 'do I look critically ill?' And she was laughing."

Former journalist Oupa Ngwenya said Mayet was a courageous journalist who was a star in the darkest of times.

Mayet's granddaughter Sophia told Sunday World it was too early to comment further as the family was grieving the loss of their matriarch.

Mayet received many awards in her lifetime.