I know who killed Mhlanzi - wife 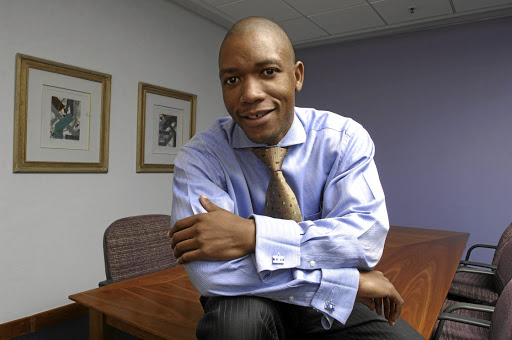 A war of words has broken out between the wife of murdered Sandton businessman Vusi Mhlanzi and law enforcement agencies over their alleged refusal to arrest the suspects who killed him.

Mhlanzi's was executed on August 31 2017 on Grayston Drive on his way home from work. Mhlanzi's wife, Fikile Mhlanzi, complained to the office of the presidency last year about the police and the National Prosecuting Authority's (NPA's) refusal to arrest the suspects despite alleged overwhelming evidence unearthed by private investigators she had hired to probe the murder.

According to the investigation report she submitted to the office of the presidency, Mhlanzi, CEO of Basil Points Capital (BPC), was gunned down by a hitman and a former Botswana national defence force member after he had questioned a fraudulent bank account that was opened in his name by his business partners in Botswana.

The bank account was used to transfer an amount of 250m pula that was allegedly stolen from the Botswana Petroleum Fund, an illegal activity the report said Mhlanzi was concerned about it. The report alleges that the hitman's phone records show he was in the vicinity of the scene of the murder. It further states that on Mhlanzi's fateful day, one of his co-workers phoned him before he left his office using a Vodacom line.

The colleague also phoned the hitman using an MTN number immediately after Mhlanzi had left the office. After the assassination, the hitman phoned one of Mhlanzi's business partners in Botswana.

"During the time of the murder Mr...'s (name withheld) cellphone and the deceased's cellphone were picked up on the same signal tower in Sandton. After the shooting, his cellphone was being picked up at the Fourways signal tower," reads the report.

A taxi owner was rushed to hospital after he was shot in Durban on Friday.
News
3 years ago

The report further said there was no evidence linking the murder of Mhlanzi to the tension he had with Tshwane Rapid Transport (TRT) management as suggested by the police and National Director of Public Prosecutions (NDPP).

After Fikile complained, the chief director in the office of the presidency, Bongani Majola, wrote an e-mail to advocate Andrew Chauke of the NPA in the South Gauteng region for clarity as the case falls under his jurisdiction.

In his reply, which we have seen, Chauke reiterated that Mhlanzi's murder could also be linked to TRT tender tensions in which he was involved.

"On 31 August 2017, the deceased in the case, Mr Mhlanzi, was gunned down in Sandton. It appears his wife visited the office of the presidency and enquired about the status of the investigation. A co-worker of deceased Vusimusi Mhlanzi, a 43-year-old male, states that the deceased had left his place of employment, Basis Points Capital (BPC) at approximately 18:30 (6.30pm) on 31 August 2017. 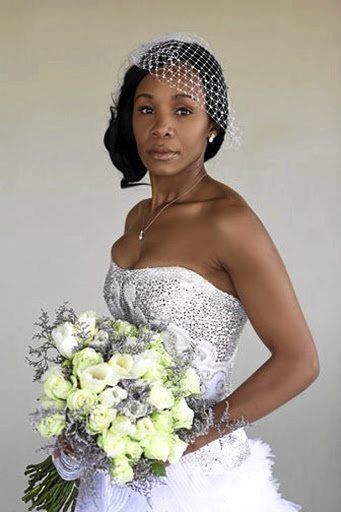 "At approximately 19h30 (7.30pm) on 31 August, the deceased was shot and killed at or near the corner of Greystone (sic) Avenue and Katherine Road, Sundown. He was shot by an unknown person who was a passenger in a dark grey sedan that stopped next to his vehicle at a red traffic light at the said intersection," read the letter.

Chauke said the only eyewitness, whose name cannot be revealed, could only describe the shooter as a person who had a silver and black firearm in his left hand.

"He was wearing a black long-sleeve coat. (Name withheld) ... did not see the faces of the driver of the vehicle or that of the perpetrator who fired the shots. Evidence exists over an extended period prior to the death of the deceased, there was a lot of tension and conflict within the management of TRT," the letter further reads.

Chauke said the tension culminated in the termination of contracts of certain employees.

Those fired had accused their fellow colleagues, including Mhlanzi, of orchestrating their dismissal. Chauke also agreed that Mhlanzi's murder could also be linked to the Botswana matter.

"The allegations extend to a narrative that 250-million pula was stolen from the Botswana Petroleum Fund and transferred into the Capital Bank account of BPC. Subsequently, large amounts of money were transferred from this account to that of Mercedez Benz dealers in SA via the Nedbank account of (name withheld) company," read the letter. He added that the said Nedbank account belongs to the wife of the alleged hitman.

Majola confirmed that he wrote a letter to Chauke to alert him about Mhlanzi's wife's grievance. "But I left it there, so direct all communications to her," he said.

Mhlanzi's wife confirmed that she complained to the office of the presidency about the stalled investigations.

"I did so because we gave everything to the police but they did nothing about the matter. Just yesterday (Thursday) somebody told me the suspect, a Botswana resident who frequents South Africa, was seen dining at Melrose Arch. Where does that leave me and my kids? But I don't care what happens to me, I want justice for my husband because I loved him so much."

NPA spokesperson Phindi Mjonondwane said investigations "are at an advanced, sensitive stage and any correspondence or otherwise will compromise same".