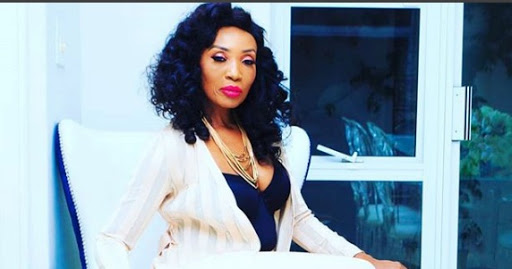 Legendary actress and wedding planner Sophie Ndaba, now Lichaba, may be planning her future outside her home in the ritzy suburb of Featherbrook Estate in Joburg.

Sunday World can reveal that Mercantile Bank applied for a judgment in the South Gauteng High Court in Joburg on Tuesday to attach the former Generations star's multimillion-rand manor in the luxury secured estate.

According to documents seen by Sunday World, Ndaba and her company, Sophla Trading, who were cited as the first and second respondents respectively, obtained a R2.2m home loan from the bank to purchase the house on September 15 2016.

They were required to pay R22,347 in monthly instalments for 20 years.

But the former Isidingo thespian failed to honour the contract when she defaulted for about four months and was more than R80,000 in arrears.

Ndaba confirmed that she was on the cusp of losing her house. She said she fell behind with her monthly instalments because the tenants she rented the house to defaulted on their rental payments.

"I rented the house to some people who converted the house into an office space. The lease agreement between me and the tenants states that they should pay the rental money into the bond account but they failed to do so for several months," she said.

She said on learning of the application for a default judgment to take her house she contacted the bank officials who told her that they struggled to get hold of her because she had changed her contact details.

"But I have engaged my lawyers to write to the lawyers of the tenants to address this matter.

"My lawyers have also written to the bank's lawyers to inform them of our intention to oppose the judgment. But remember, it is the bank's house and it can do whatever it wants to do with it," she said.

Ndaba said the bank would not have dragged her to court had she not changed her contact details.

"These tenants defaulted before and the bank contacted me immediately and I resolved the matter swiftly by making sure that they pay the rent money into the bond account."

But it looks like Ndaba's bond arrears is not her only woe as she was also taken to court before for another debt.

On September 28 2017, KLM Setati Food Services obtained a judgment in the South Gauteng High Court against Ndaba and her company.

They had failed to pay KLM Setati more than R150,000 for food it supplied after they won a school feeding scheme tender in Gauteng.

According to the papers we have seen, Sophla Trading, represented by Ndaba, signed papers acknowledging that they owe R151,178 to KLM Setati. Ndaba agreed to pay them R50,392 in three equal instalments between December 2016 and February 2017 but failed to do so.

"In breach of the said agreement, the defendants failed to pay any of the instalments in terms of [the] acknowledgement [of] debt agreement," read the papers.

Ndaba said late payments by a department she expected funds from made it difficult for her to pay her creditors.

"We signed a cession agreement with the department to pay the suppliers but late payments made it difficult for us to pay the creditors, that is why they obtained judgment against us.

"But the matter was resolved with the lawyers of the said supplier and my understanding is that they will soon apply for recision of the judgment they obtained against me," said Ndaba.

Paul Setati, manager of KLM Setati, confirmed that Ndaba owed the company money for services they rendered but declined to comment further.

"The relevant person to talk to about this is out of the country at the moment. You can call on Monday," Setati said.

Mercantile Bank could not be reached for comment at the time of going to print.