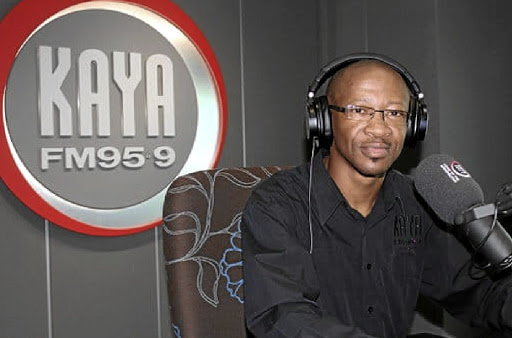 Kaya FM news reporter Pitso Molemane has defied the odds by not allowing diabetes to stop him from living life to the fullest.

When Molemane was diagnosed with the life-threatening disease at the age of nine, many had doubts that he would come this far.

"I have lived with diabetes for 33 years and mine is Type 1 which means I am insulin dependent. I have to inject myself twice every day," he said. "I have been like this since I was a child, and I want to show others that it's possible."

His passion for life and drive to raise awareness about the disease has inspired him to host the inaugural Run Against Diabetes with Pitso Molemane race at the Greenhills Stadium in Randfontein next Sunday, April 7.

The 42-year-old newshound from Bapong in Brits, North West, said he would like many locals to turn up for the race, which will be a 5km fun run and a 10km race, to help him blow apart many myths about diabetes.

"I am calling on all members of the community to be part of the drive to show that you can live a long and meaningful life.

"I want to give hope to others and raise awareness about diabetes and the importance of living a healthy and active life."

He said his diabetes awareness drive began to gain traction last year when he partnered with the legendary radio man Thuso Motaung at Leseding FM.

Every Sunday, Molemane and Motaung have a segment on the morning show that teaches listeners about the pandemic.

Diabetes claims over 2‚000 leg amputations a year in KZN

Diabetes claims around 2‚500 leg amputations a year in KwaZulu-Natal‚ the department of health in the province said on Sunday.
Good Life
3 years ago
Next Article