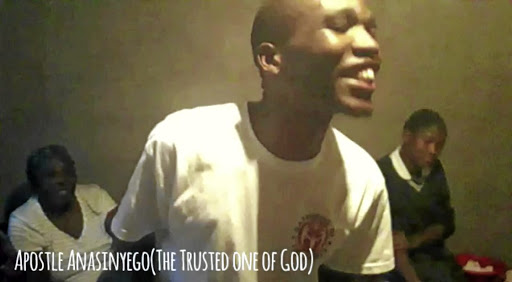 A pastor in KwaDukuza, KwaZulu-Natal, caused outrage in the township when a video of him offering pupils beer to "heal" them circulated.

Mthobisi Khuzwayo, 25, can be seen in the video preaching in tongues as a congregant merrily downs a 750ml bottle of beer. He has claimed that he can turn beer into the blood of Jesus that can heal people.

According to township residents, Khuzwayo, whose unnamed church is based at a private home next door to a tavern, has attracted the ire of parents in the area as pupils flock to his church to drink beer during his services.

In the video, pupils wearing green and white uniforms from nearby Tshelenkosi Secondary School can be seen singing and worshipping inside the one-year-old church. One young girl spins around, presumably under some spell.

Khuzwayo also goes by the name Anasinyego, which the locals said suggests that he is God's chosen one. They said Khuzwayo also claims to be the brother of Jesus.

"The community must stand up and have the pastor arrested. They must open a case with the police and the police must go investigate the matter."

Sunday World visited the small town. On arrival, community members were sceptical of giving directions to the church, before a church member directed us to an old, blue house next to a tavern.

An irate woman, who community members said was Khuzwayo's mother, threatened to beat us up and chased the Sunday World team out of the house.

"This is the Nxumalo household not Khuzwayo's, the person you are looking for doesn't stay here, he is not here and you will never find him here. Please get out of my house and don't come back," shouted the woman, threatening to sjambok us.

A community member who cannot be named for fear of victimisation said he was shocked that the man he grew up with is now a "miracle pastor".

"He is just another pastor who is misleading the community. It was all OK before he started giving alcohol to school kids. I don't believe that he can change beer into the blood of Jesus, or if anyone can do that, in fact," he said.

Another community member said it was about time the community went to the church to stop the bogus pastor.

Khuzwayo's best friend Siboniso Michael, who is also a pastor, said his friend was misunderstood.

"His high level in spiritually is making him do things that are meant to be in the future," said Michael.

The Commission for the Promotion and Protection of the Rights of Cultural, Religious and Linguistic Communities condemned his actions. Director-general Edward Mafadza said: "We condemn situations where learners are victims of such an act ... it drags the whole religion into disrepute. We'll further investigate the matter.

"Meanwhile, we encourage religious leaders to stand up and fight such kinds of leaders."