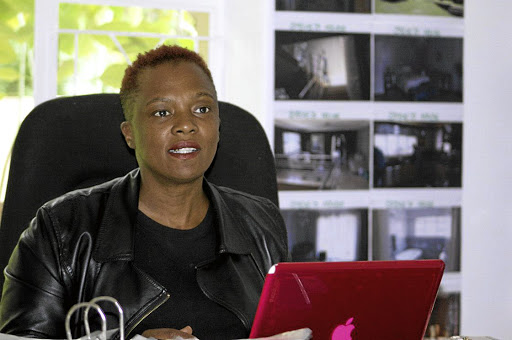 One of the producers of the new romantic comedy Love Lives Here, which headlines actress Thando Thabethe and TV presenter Lungile Radu among others, is facing a R500,000 lawsuit by a security company over nonpayment for services rendered.

Zikethiwe Ngcobo and her company Fuzebox Productions have been taken to court by Njengezwe Security Services who filed papers at the South Gauteng high court last week.

Njengezwe said in the court papers that Ngcobo and her company owed them money in relation to security services they rendered to them.

Fuzebox counts among its productions a number of successful shows such as thriller drama Thola, reality show Mokapelo and drama series Mfolozi Street, It's Complicated as well as the film Mrs Right Guy.

According to court papers seen by Sunday Word, the two parties had entered into an agreement in May last year for the continuation of provision of security services by the company, including signing of an acknowledgement of debt of about R417,000 owed by Ngcobo's company for services rendered to Fuzebox for a period between 2016 and 2018.

The agreement also shows that Ngcobo, in her acknowledgement of debt, had put her Joburg property as surety to settle the debt once it was sold.

However, the court papers show that the house was never sold, prompting Njengezwe to remind her about the commitments and the alleged failure to settle her debt.

The agreement stated that Ngcobo was charged R6,000 for a day shift guard and R6,500 for a night shift guard.

According to the court papers, the security company rendered the extended services from July 2018 until November 2018.

As a result of the alleged nonpayment, the papers indicate that Njengezwe terminated their services for the production house.

The company said at the time of issuing the summons against Ngcobo and Fuzebox, she had not sold her house situated in Kensington, east of Joburg.

Njengezwe's lawyers Mujib Petker and Associates confirmed that they have instituted legal action against Ngcobo and her company on behalf of their client.

"Despite numerous promises to make payment, they have not done so.

"Due to nonpayment, our client had no option but to terminate the security services with Fuzebox. Our client is hopeful that this matter will be resolved and that payment will be made sooner rather than later," said Petker.