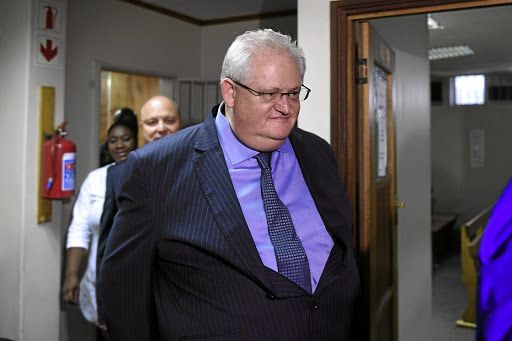 African Global Holdings (AGH) directors made an about turn on their decision to liquidate the scandal-ridden entity after numerous disputes with the liquidators appointed by the master of the high court.

The company, formally known as Bosasa Group, fell apart after its former COO Angelo Agrizzi spilled the beans at the Commission of Inquiry into State Capture about how they allegedly paid bribes to cabinet ministers and top government officials to win state tenders.

Shortly after Agrizzi's gripping testimony, the company's bank accounts were shut down by banks, forcing them to file for voluntary liquidation.

But the owners of the company have now made a U-turn after they filed an urgent application at the South Gauteng High Court last week in which they sought an order to set aside their decision to undergo voluntary liquidation claiming that its resolution did not follow proper processes.

They also argued that the decision, which was endorsed by all shareholders and directors made up of Gavin Watson, Johannes Gumede (board chairman), Papa Leshabane, Themba Dikani, Munirah Oliviera and Nomazulu Khumalo was a result of bad advise obtained by the company directors from one of the consultants engaged following numerous negative publicity in the media and the decision by FNB and Absa to withdraw their banking facilities.

According to Gumede's affidavit attached to the application, the company also asked the court to reverse the appointment of the liquidators arguing that they should immediately deliver control of the companies and all their assets as they existed on February 21 back to the directors.

Gumede's affidavit claimed that they did not read the documents by their consultant before signing them.

President Cyril Ramaphosa has declined to tell MPs how much his son Andile made from business dealings with controversial government service provider ...
News
2 years ago

"He did not take the directors through the documentations and merely provided a brief explanation as to who was to sign which document and where.

"We certainly did not take time to study the documents in depth, accepting that our signatures were required to give formal effect to something we had already committed to," said Gumede in his submission.

Gumede said the company accepted the lawyer's advice on face value, "in retrospect somewhat misguidedly", but he also emphasised that the decision was influenced by the pressure they felt to find a solution.

Arguing in support for the matter to be heard on urgent basis, Gumede said that the company directors now feared that liquidators Cloete Murray and Ralph Lutchman continued exercise of their "purported powers" was likely to cause irreparable harm to Bosasa and its subsidiaries.

He claimed that the liquidators have already seized and removed computers, documents, electronic data and assets from the company premises.

He said the company currently owed R15m in unpaid provisional and value-added tax to SA Revenue Service (SARS) and the liquidators said they could not meet the obligations to SARS as the debt was accrued before their appointment. Gumede also revealed they have also learnt that the liquidators have also put some of the company's assets on sale and they also argued that Bosasa was owed more than R416m by its subsidiaries on loan account.

He wrote that the holding company would suffer serious damage if they were to fail to recover the full amount owed by the subsidiaries by virtue of voluntary liquidation.

Bosasa, according to Gumede's affidavit, owned and controlled a 100% interest in all the 10 companies. Also central to the dispute, the papers show, was the liquidators' decision to fire Watson's daughter Lindsay, who was head of legal, including alleged plans to fire many other employees before all contracts with government entities came to an end.

Other developments deemed to be central to the application as per the court papers include the moving in of the liquidators into company's headquarters in Mogale City. Company directors claim that the liquidators locked out company employees from the office building and that the liquidators had also stopped paying pension and medical aid contributions on behalf of employees.

Gumede said he and other directors were also banished by the liquidators from the company premises.

The lawyers for the liquidators confirmed receipt of the questions but had not responded at the time of going to print.