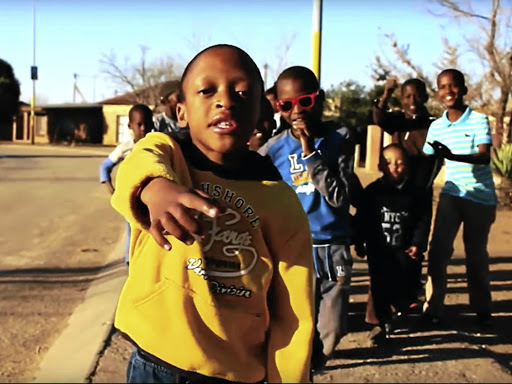 MC Tsotso catches up with his school work at Moeti Primary School in Huhudi.

The career of 12-year-old hip hop star Phenyo "MC Tsotso" Lebona, dubbed the youngest Motswako rapper, is under threat as war rages in his family over who should manage him.

The youngster is the subject of a bitter fight between his father and maternal uncle, both claiming the right to manage his music career.

MC Tsotso, whose Setswana lyrical prowess started when his YouTube videos went viral from 2015, has put his career on ice as the bitter family fight rages over him.

His uncle, Tebogo Lebona, himself a musician, is the genius behind Tsotso's songs.

As a result of this battle, the young rapper lost out on an opportunity to be signed up by Ambitiouz Entertainment.

His father, Vuyani Sibambane, stopped him from working with his former managing team and record label, Tsa Bo Malome, led by Lebona.

Sibambane appointed himself as his son's manager.

"I had to take him away because they were going to spend all his money on themselves..." said Sibambane.

He claimed Tsotso's maternal relatives, including Lebona, exploited his talent to make money for themselves, a claim the uncle rejects.

"I sought legal assistance [on the matter] and I was told that since I am the parent, I should be aware of whatever my son is made to do and give my input.

"Tebogo used to take my son to gigs without informing us as parents; it is only recently that we [parents] started attending events with this boy." 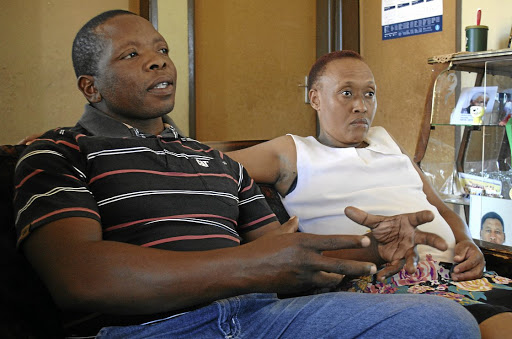 Vuyani Sibambane and Dineo Lebona, the parents of MC Tsotso, at their home in Vryburg, North West.
Image: Ziphozonke Lushaba

Sibambane claimed Tsotso's maternal relatives refused when he wanted his son to participate in the SA Got Talent auditions. and added confirmed that MC Tsotso missed a recording deal with Ambitiouz in 2016.

"I realised that the blame would be on me so I had to work on his future."

The rapper's mother, Dineo Lebona, said an account was opened for the young rapper by Tebogo under her name without informing the father and this is where the dispute started.

"Tsotso sometimes tells me he wants to work with his uncle because he works better with him but on the other hand his father wants to manage him.

"This is now affecting his studies; he's really not performing at best as he used to and my mother called social workers on me.

"His uncle stayed with him while I and his father were away," Dineo said.

Tebogo said he was pushed out of Tsotso's life by his dad.

"The father is forcing [himself] to be the manager but he knows nothing about music, just electricity.

"I made Tsotso who he is through my money," he said.

He added he discovered the young rapper's talent when he was four years old.

After Sibambane allegedly kicked him out, Tebogo stopped sourcing gigs for the young star and stopped him from performing his songs or using the stage name he said he coined.

The fight has split the family, with the maternal grandmother saying Sibambane is no longer welcome at her home.

"All I want is to [perform]. I last performed in Taung in December," the young rapper told Sunday World with his mom permission .

Ambitiouz Entertainment's Sandy Gasekoma said the record label had only opened "general talks" with Lebona about the possibility of signing MC Tsotso.