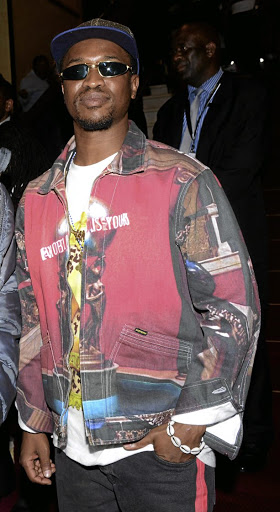 Siyabonga Ngwekazi is one of the celebrities who owe SARS.
Image: Gallo Images / Frennie Shivambu

TV star and prolific producer Siyabonga Ngwekazi has joined a long list of Mzansi's top celebs who have been taken to court for their income tax affairs, after he was slapped with almost a R200,000 tax bill by the SA Revenue Services (SARS).

The taxman obtained judgment against the former Real Goboza presenter at the South Gauteng high court on February 4 after Ngwekazi allegedly failed to settle his outstanding tax dues.

SARS also threatened to attach his assets by obtaining a writ of execution if he did not foot the bill.

According to court documents seen by Sunday World, SARS dragged the former V Entertainment host to court after he allegedly failed to comply with their final letter of demand they wrote to him in November last year to pay up.

The letter reads in parts: "According to the records of the SA Revenue Service (SARS), you have failed to settle in full your outstanding tax debt as follows: income tax debt totalling R170,494.80 which is made up of the following amount (s) R132,494 for assessed tax and R38,000 for administrative penalties."

Ngwekazi was requested to make full payment within 10 business days from the date of the letter of demand but has allegedly failed to do so.

He was also given the option to make an arrangement to pay the amount in instalments if he was unable to pay in full or apply for a reduction for the amount owed.

Ngwekazi also had the opportunity to apply for a reduction for the amount he owed based on his living standards.

Bonang Matheba paid an admission of guilt fine at the court on Monday.
Entertainment
3 years ago

"Failure to make full payment or use the above remedies may result in the following actions and possibly others: SARS may appoint any third party who presently or in the future will owe you money or hold money for you to satisfy your tax debt with this money. A civil judgment being entered against you in which case a warrant of execution may be issued for the Sheriff of the Court to attach and sell your assets," reads the letter.

SARS also warned that penalties would be charged on his outstanding amount if he failed to pay up.

But Ngwekazi allegedly failed to meet any of these conditions and penalties increased from R38,000 to R40,500.

SARS spokesperson Sandile Memela said: SARS is not in a position to divulge specific information and details on the affairs of taxpayers. SARS is bound by chapter 6 of the Tax Administration Act [2011], dealing with confidentiality of information. Section 69 of the act provides for the secrecy of taxpayer information."

Ngwekazi failed to respond to questions .