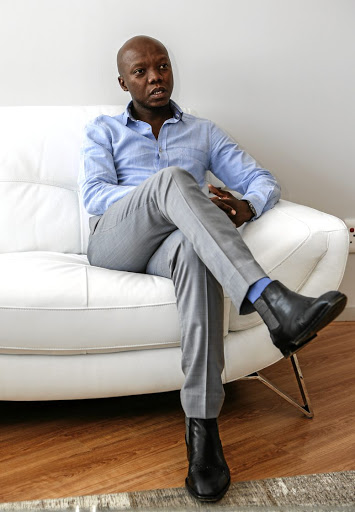 Boomtown has also served notice to employees of Touch HD and Marketing, the South African Revenue Service, and the Master of the High Court, among others, of their intention to wind up T-bo Touch's Company. If the media business of the former Metro FM DJ, whose real name is Thabo Molefe, does not file notice of intention to oppose the liquidation application, it will then be heard in court on March 12, where a default judgment may be given against his company.

According to court papers, Boomtown, which is based in Durban, entered into an agreement with Touch HD and Marketing, which was represented by Molefe, to provide hospitality services at the Durban July in 2017.

After the event, the company says it tried in vain to secure payment from Touch HD and Marketing.

"The applicant provided the respondent with an invoice, that till this day has not been settled," reads the court papers.

Boomtown's director Steward Alexander Scott said in his affidavit that they wrote a letter of demand to Touch HD and Marketing, which was served by the Sandton sheriff on the company on August 28 last year.

This after Touch HD and Marketing book-keeper Treflet Payet sent an e-mail to Boomtown on July 24 2017 confirming that payment would be made.

Scott said Payet sent another e-mail in September 2017 and undertook to make monthly payments of R50000 until the bill was settled.

But it seems that the payment never materialised, forcing Boomtown to take legal action against Tbo-Touch's company to recover the outstanding amount.

"I have instructed the attorneys who act for the estate to ensure that all statutory and procedural requirements are met.

" In this regard they will ensure that sufficient security is furnished to the Master [of the High Court] and that the required Master's report is obtained.

"They will, moreover, ensure that a copy of this application is filed with the Master as required and that it is served on the Receiver of Revenue," read the papers.

Tbo-Touch had not responded to questions by the time of going print. He is still to file his answering papers in response to the application.

Last year, Touch HD and Marketing, and Touch Central Marketing and Media House, were jointly dragged to the South Gauteng High Court in Joburg by JB Media Connection for failing to pay more than R1.3m. JB Media signed multiple media contracts with Touch Central Marketing and Media House to provide ongoing production and marketing services to it and its affiliated ventures. Among others, JB Media created and displayed outdoor signage advertising at certain strategic locations between April and September last year. JB Media said in its court documents that Tbo Touch and his companies breached the agreement by failing to timeously pay and, as a result, were R1 382 642,12 in arrears last April. After allegedly ignoring repeated requests to settle the arrears, JB Media took them to court, demanding the money be paid with interest.