KG a master of his destiny 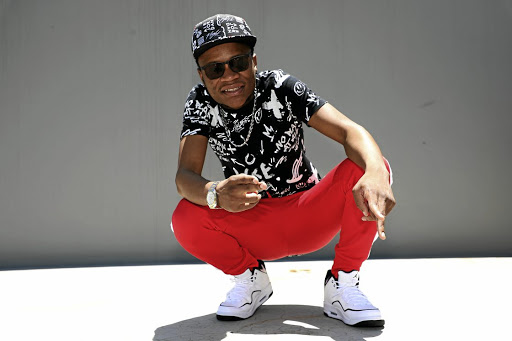 Master KG, who was crowned the SABC Summer Song of the Year winner for his track Skeleton Move, is certainly an artist on the move upwards.

In just two years in the business, the 22-year-old has achieved big accolades. Apart from becoming the first Limpopo musician to win the Summer Song gong, he beat established hitmakers to the honour.

"The award means a lot to me, especially looking at where I come from as an artist," said the 22-year-old.

"It's a big thing for me because I know that I'm probably the first artist from Limpopo to win this award. I know it's difficult for someone with my background to break into the national music space, and it's been a tough journey for me," he says.

The young maestro, whose real name is Kgaogelo Moagi, hails from Calais, some 50km southeast of Tzaneen. His music initially only appealed to Balobedu communities as he mainly performed in local taverns.

Master KG was declared a winner.
News
2 years ago

But Master KG had always believed he was going to make it big in music. Despite the whirlwind year he has had in 2018, he reveals he is still getting used to performing before big crowds.

"Now the demand is too much and I'm currently based in Gauteng," he says.

But he says the feeling of having his fans appreciate him and his music has given him the much-needed inspiration to continue to release good music. After releasing more than 15 singles in 2016, he only gained recognition and attention after releasing the song Bophelo Ke a Bophela.

He reckons it was the hit song Situation that propelled him to where he is today.

The song, which was released the same year with King Monada's Ska Bora Moreki in 2017, was the second-most played song in Limpopo during the festive season at most pubs, and it earned Master KG respect as one of the promising artists.

"They just called me and said they loved my song Situation and wanted to sign me to their label. I didn't hesitate because I've seen what they did for King Monada."

Master KG says at the time he was also doing his matric, but says the label allowed him to finish his matric first before signing with them. He passed with a diploma.

Since hitting the big league, he has bagged two major awards, one an Afrima (All Africa Music Awards), which he won before clinching the Summer Song of the Year award in December, where he outsmarted heavyweights like Black Coffee, Cassper Nyovest, Prince Kaybee and his homeboy King Monada. At the Afrima, he pipped major African acts such as Wizkid, Patoranking, Mr Eazi and Davido.

Master KG says when he received a call about his nomination, he thought it was a hoax. He couldn't believe he had made it that far in the Africa market.

The founder and director of the SABC Summer Song of the Year Owen Ndlovu has denied claims that he tried to calm the storm surrounding the outcomes ...
News
2 years ago

"I thought it was a prank. I only realised they were serious when they asked me for details of my record label and telling me to finalise my passport and asking for my travel details."

The young star reveals he thought he had no chance of winning.

"When they announced me as the winner, it felt like I was dreaming. It took my boss Molao to wake me up and say, 'go to the stage, you have won'," he recalls the ceremony in Ghana.

He acknowledges he couldn't have made it if it wasn't for the support of Open Mic Productions. "When they signed me my production skill was not perfect, but after joining them I was exposed to proper studios; my sound has matured now. I even had my first flight experience because of them. I had never been on a plane before, he says about his first flight to Botswana."

About Skeleton Move, he says he found featuring artist Zanda Zakuza at the label and made her listen to the track. "She loved the beat and said we should work on it together. That's how Skeleton Move was born," he says. "She was so humble and didn't look down on me or my music like other people," he says of his experience with the Club Controller hitmaker.

Before the awards he was charging between R40,000 and R50,000 for a performance but he says the prices are now likely to increase after his latest achievements.

With his new celeb status, Master KG's popularity with the ladies has also gained momentum. The young artist says he has already had several encounters at events where ladies were literally throwing themselves at him.

"I show them love when they want selfies but others want more than that. I have rejected many of them who wanted us to date, because I'm currently focused on my music. I'm single and happy," Master KG says.

His goal this year is to release more hits and to work with an African artist. "There's also the possibility of an album."