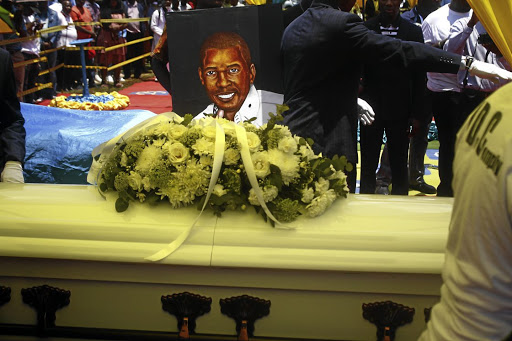 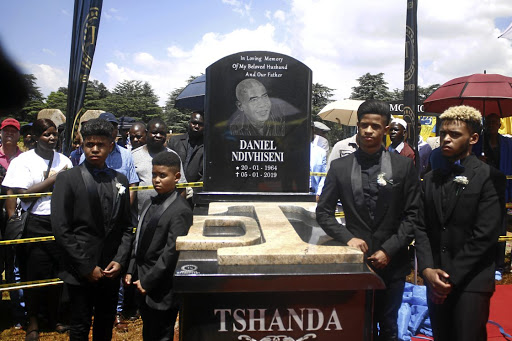 Hundreds of his fans from all over southern Africa poured into Soweto to bid farewell to musical legend Dan Tshanda at his funeral on Friday.

The internationally acclaimed muso was laid to rest at Westpark Cemetery in Joburg. His funeral service was held at Palm Bible Church in Dlamini, Soweto, near Tshanda's neighbourhood of Chiawelo.

A contingent of fans from Botswana, accompanied by Tshanda's in-laws, arrived in great numbers for the funeral which had a festive mood.

The Botswana group arrived in Soweto in two buses and a number of private cars, with their their national flag raised high during the energetic service. Tshanda's widow Sylvia hails from Botswana.

The eldest of his three sons, Ndivhuwo, remembered his father during his eulogy, saying his dad had always supported their dreams.

Sylvia paid tribute to her late hubby through a letter read by her sister, Boitumelo. She also announced Tshanda, who died a week before his 55th birthday on January 20, had planned to release his latest project at the end of this month. This would now be moved forward owing to his sudden death. "Dan Tshanda has left you something you can remember him with," she told his fans.

Tshanda died of heart failure at Sandton Mediclinic on January 5. He is survived by his wife and three children.