ANC won't shield its own members 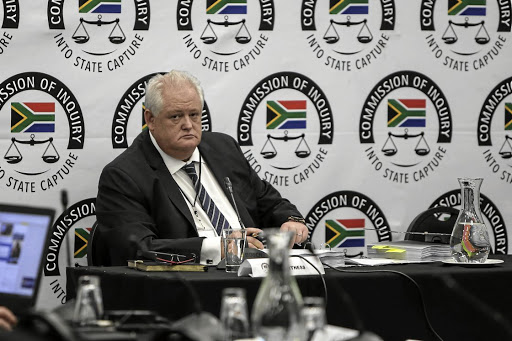 The ANC will not defend any members implicated in wrongdoing in evidence presented at the Zondo commission of inquiry into state capture, national spokesperson Zizi Kodwa has said.

"If each time there is a name of a leader or member of the ANC being dropped at the commission, the ANC will not do a running commentary. The ANC encourages those individuals to explain if they are implicated," he said.

Kodwa said the party supported the work of the commission, but would account for actions of the ANC only as an organisation. The ANC will, sometime between February and March, appear before the commission to explain the deployment committee and interface between the party and the state.

"The president [Cyril Ramaphosa] will also lead a delegation to explain our role as the governing party to speak about what did we know, what did we not know, what did we do or not do, the lessons and what we need to do correctly for these allegations of state capture not to come back again," he added.

Meanwhile, former Bosasa executive Angelo Agrizzi on Thursday implicated the ANC in his testimony at the commission, saying that the company once laundered money for use in the party's electioneering in North West.

Agrizzi said the company, now called Global African Solutions, had to launder money through youth centres in order to give the party cash.

The ANC national executive committee (NEC) was meeting in Irene, Pretoria, where secretary-general Ace Magashule said the party's highest decision-making body would be planning for the year ahead.

"This is the first NEC meeting of the year where we prepare ourselves after the January 8 statement and the launch of our manifesto. We will also have a lekgotla where we will be discussing implementation of what the president said we are going to do this year," Magashule said.

Meanwhile, lawyers representing the Democratic Alliance have written to President Cyril Ramaphosa asking him to "immediately" institute an audit into government contracts won by Bosasa.

The letter, sent on Friday in the wake of testimony by former Bosasa COO Angelo Agrizzi at the Zondo state capture commission, also calls for the audit to investigate the company's contracts with state-owned entities.

"It is patently clear that various government contracts have been awarded to Bosasa with various contracts so awarded, still in place. The awarding of these contracts is tainted with allegations of corruption, bribery and fraud," the letter, written by Minde Schapiro & Smith Inc, reads.

It says the DA wants Ramaphosa to get his cabinet to audit their individual departments. The party also wants the president to "immediately instruct all functionaries to investigate the legitimacy of the contracts and where necessary terminate the contracts and/or approach the court to set the illegal contracts aside".

The DA has also asked Ramaphosa to commit to getting the SA Police Service or the Hawks to investigate the allegations "with the necessary diligence and vigour" - and ensure that disciplinary [action] is taken against all ANC members implicated.

"Due to the grave risk and ongoing corrupt activities that continues to take place as a result of the Bosasa dealings and contracts, we require you to furnish our client with the undertaking that you will so act by no later than Tuesday, 29 January 2019," the letter says.