Wheels come off on car finance for footballer Tlou Segolela 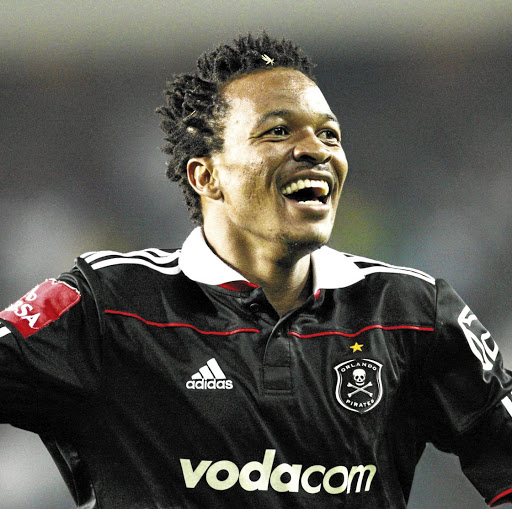 Legendary football star Tlou Mashedi Segolela faces being dispossessed of his car by Toyota Financial Services after dribbling them with monthly instalments for about five months.

The company applied for a default judgment in the South Gauteng High Court on December 5 to repossess the footie's 2015 Corolla Quest 1.6 he bought for R171,000.

The default judgment was applied for by the company's lawyers Dasoo Attorneys after Segolela failed to enter an appearance to defend the summons sent to him on October 8.

According to court papers seen by Sunday World, the former Orlando Pirates striker received finance from the company to buy the car which he uses as an app operated taxi.

The former Platinum Stars goal poacher was required to pay over R3,300 in monthly instalments but defaulted for more than four months.

He was just under R15,000 in arrears when they dragged him to court.

The papers state that Segolela was sent several letters to his residential address pleading with him to settle the arrears or make payment of the full outstanding amount of over R121,000 within 10 days.

But the plea fell on deaf ears.

"The defendant failed to refer the agreement to a debt counsellor, alternatively dispute resolution agent, consumer court or ombudsman, or develop and agree on a plan to bring the payments under the agreement up to date," reads the papers.

The company pleaded with the court to grant it an order to force Segolela to give the car back.

The company also asked for Segolela to pay the costs of the lawsuit and to cancel the purchase agreement.

Segolela conceded he was a tardy client but said he made some arrangements to settle the arrears from tomorrow.

But Caylin Booysen of Dasoo Attorneys said Segolela was on the offside of the truth.

"We received instructions on August 14, we sent the letter of demand on August 16. We issued summons on September 27 and served him with court papers on October 8.

"He phoned us once and asked to be called back. When we called him back he didn't speak on the phone and said he was driving," she said.