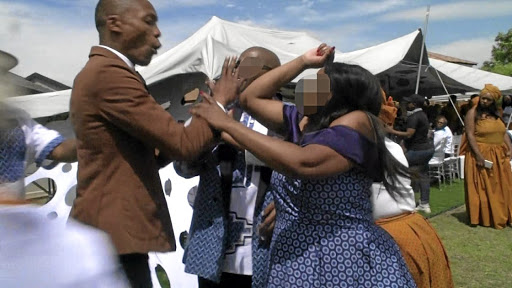 'No Excuse Pay Papgeld' presenter Moss Makwati being assaulted by the bride.

Producers, camera crew and a presenter of new hard-hitting DStv reality show, No Excuse Pay Papgeld, were allegedly assaulted by aunties and relatives of a groom they confronted at his wedding for allegedly failing to pay papgeld.

The drama allegedly happened in Germiston last Saturday after the crew of the feared Moja Love channel show attempted to get answers from the groom.

The show's presenter Moss Makwati and his camera crew are believed to have sustained injuries following the incident.

According to the show's producer Noxolo Mthethwa, the crew was chased from the wedding by the groom, bride, his aunties and a group of grannies who did not approve of their attempt to gate-crash the wedding. She said the crew was pelted with stones and other objects while the mob pursued the crew in a car chase.

"Makwati was assaulted by the groom and his bride after he approached the groom in front of all people. The man was not happy about the questions asked. They even confiscated one camera which fell when the crew ran," she said. 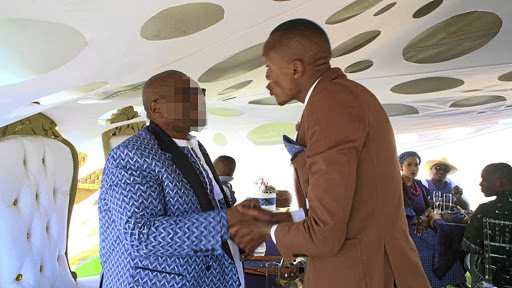 Groom Brian Makau is confronted by TV presenter Moss Makwati at his wedding for failing to pay papgeld.

The producer said while running, some of her team members tripped and fell, some hurting themselves. Her cameraman was allegedly hit with a stone. "We had to rush him to hospital for medical attention," she said. "He sustained serious injuries to his forehead and he also hurt his ankles."

Sunday World has seen the video captured by the crew of the moment when the groom was confronted while he was about to take his vows. In the video, the groom and his relatives could be heard saying they wanted to teach the TV crew a lesson.

Despite the injuries suffered by the crew, Mthethwa said no case was opened.

"We called the police but they did not show up. So no case was opened with them," she said.

She said they were forced to confront the man at his wedding about his alleged failure to pay papgeld for his three children after their numerous attempts to reach him failed as he lived in high-end secure estate. 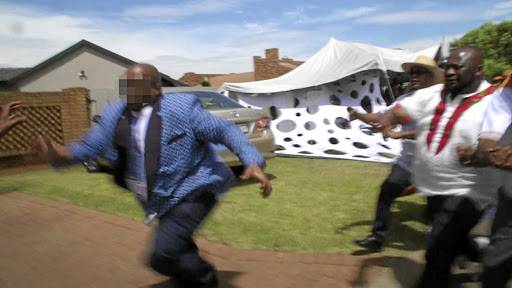 The groom leads the chase of Moja Love TV crew at his wedding.

The mother of his kids is an American citizen while the man is a director at a leading car-tracking company.

According to documents from the TV crew, the man was ordered to pay R25,000 [a month] for his three kids.

However, the man claimed that he could not afford it, an assertion which the mother disputed, saying that he had three properties and two sleeky vehicles - a Mercedez Benz and a Land Rover Discovery.

The groom had not yet responded to our inquiries. 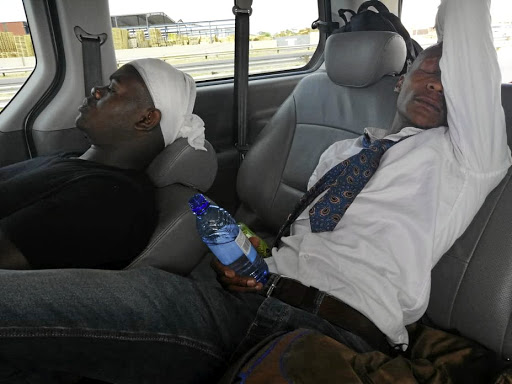 Injured crew members take refuge inside a car after being beaten and chased away from a wedding in Germiston.

Mtshali's mother defends her son
News
3 years ago
Next Article