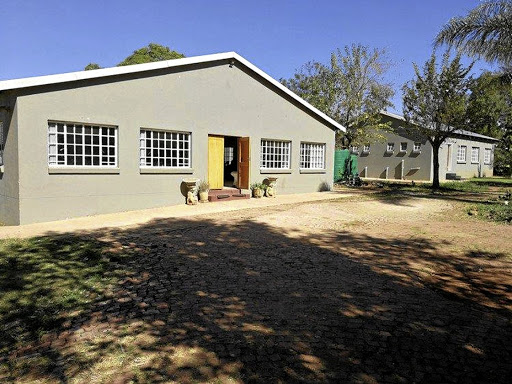 Structures built at the rehab centre that is at the heart of the heated dispute.
Image: Supplied

The battle for control of a R22m Lotto-funded drug rehabilitation centre in Pretoria has exposed shady details regarding a questionable deal about the centre. This includes that it is operating without a licence and that the centre treats mentally ill patients without qualified doctors using unconventional methods.

The result has been a stalemate between an NPO and a businessman in Pretoria that saw the National Lotteries Commission (NLC) funding R17m for the construction of the centre.

In papers filed at the high court in Pretoria in September, shocking details of a deal between Lotto-funded NGO Denzhe Primary Care, led by Lesley Ramulifho, and businessman Dr Adolf Krige indicates a serious lack of due diligence.

Among other allegations made includes that the owners of Freedom Therapy Krige, his wife Anna Alleta Johanna, and one staff member verbally abused their black patients, allegedly calling them 'k*****s'.

An affidavit by a white ex-patient claims that the rehab centre was more like a "prison" that often subjects patients to solitary confinement.

Krige is said to use unconventional methods of prayer to cure drug addiction.

The ex-patient whose version is backed by his mom, paints a picture of an institution which subjected patients to gross human rights abuses. It is claimed that at times patients were only allowed a shower once a week, and when they refused to cooperate, they were placed in solitary confinement.

Before being put into confinement, they would be shamed by the centre's staff members who made them strip off their clothes while laughing at them, he said.

This, he said, was meant to break their dignity, confidence and morality.

The patient also said the centre was taking in mentally ill patients who were mixed with drug addicts.

Denzhe Primary Care is suing Krige for R17m for unlawful enrichment. Ramulifho is also seeking an order setting aside all agreements entered into with Krige and his centre.

According to his affidavit, Krige and his wife were appointed as business development partners to help expand their drug rehabilitation centre to accommodate black patients as per the condition of the Lotto funding granted to Denzhe.

However, he said Krige omitted to inform Denzhe Primary Care that he was a convicted drug smuggler, and an ex-Satanist.

"During 2016, the first and or second defendant represented to the plaintiff;

However, Ramulifho said none of the above was true.

He said it was on this basis that Denzhe Primary Care agreed to appoint Krige as manager of the property and centre for the duration of its use through a 99-year lease deal they entered into. According to the agreement signed by the two parties, Denzhe had agreed to pay an annual payment of R500,000 towards the operations and maintenance of the buildings, and Krige and other staff members' salaries.

The relationship between Ramulifho and Krige has since soured which resulted in Krige barring him and Lotto officials access to the rehab centre, prompting Denzhe to head to court.

Ramulifho said given the alleged false representations by Krige, the money spent building the centre should be paid back.

He said they believed what they were told because they were referred to Krige by a trusted mutual friend.

He added that he was also forced to scrape and clean faeces with a spoon after another patient had defaecated and smeared all the faeces on the walls ...
News
3 years ago
Next Article