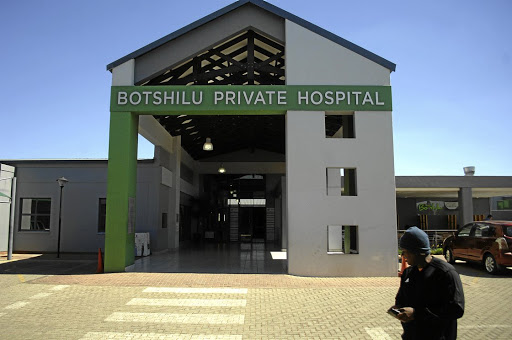 A medical doctor has created a black-owned medical facility that aims to take on more established companies by providing affordable health care in the townships.

Botshilu Private Hospital in Soshanguve, north of Pretoria, was started by Dr Mabitje Rampedi. He initially operated his private practice in a small house. Upon arrival at Botshilu, Rampedi - originally from Mashashane in Limpopo - took the Sunday World team on a tour through the 100-bed hospital. The world-class facility also has an impressive cafeteria which the general public is welcome to use.

Botshilu started operating in October 2015. The hospital is named after Rampedi's mother. Botshilu is derived from a Venda word "vhutshilu", meaning life.

It's white walls inside are decorated with beautiful collages made from paper.

"The wall deco started as a project at primary schools around Soshanguve after children were asked to tell a story through art. We then hired a professional artist to frame them," Rampedi explains. 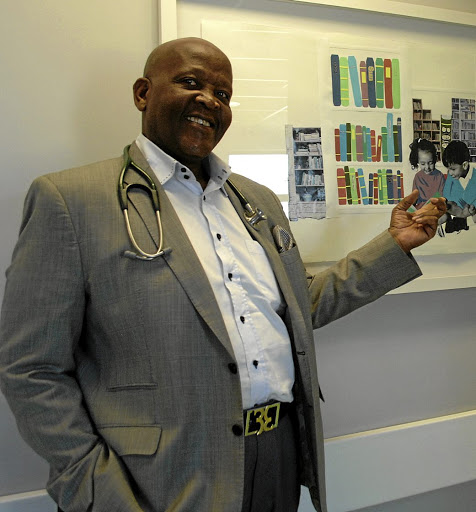 Dr Mabitje Rampedi's dream to bring affordable and quality healthcare to the people of Soshanguve has been realised.
Image: Ziphozonke Lushaba

"Some of my friends with whom I was doing BSc wanted to do medicine, I applied because my friends applied, I ended up studying to become a medical doctor.

"That's how I ended up here [in medicine]. But if I look back it's probably where I was destined to be. I am passionate about what I do."

Upon completing his studies in 1988, Rampedi was placed at King Edward VIII Hospital in Durban. He worked at three other state hospitals before opening a private practice in Mabopane, a township adjacent to Soshanguve, in 1990.

"I later added other services such as community health care.

"The practice gradually developed into a clinic."

Rampedi now owns two clinics, in Mabopane and at Wonderpark in Pretoria north.

About Botshilu's origins, he said he started small by buying a house in Soshanguve.

"It was what they call humble beginnings... I identified a house [for the surgery] and then approached a bank for a mortgage bond loan," he says.

"I then went to companies manufacturing medicine to ask them to give me Medicine on creditand would pay after 90 days."