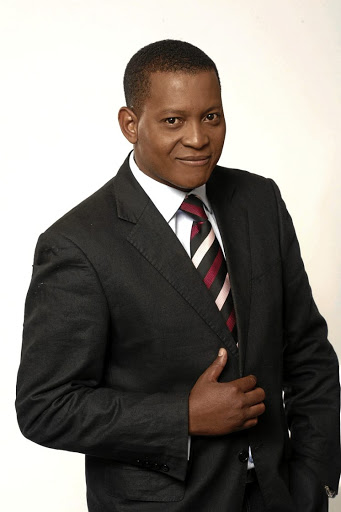 SABC's chief operating officer (COO) Chris Maroleng has survived the axe after being cleared by the public broadcaster for his alleged role in the re-appointment of radio sports presenter Robert Marawa in a multimillion rand deal.

The former MTN executive was charged by then acting CEO Nomsa Philiso following an investigation she had initiated against him on allegations that he had sanctioned Marawa's re-appointment without following the right processes.

However, it has been established that Maroleng, who faced three charges including dereliction of fiduciary duty and negligence, has only been slapped with a written warning following his appearance at a disciplinary hearing conducted by Werksmans Attorneys at their offices in Sandton earlier last month.

Sunday World understands that the main charges were withdrawn by the SABC on the second day of the hearing after former acting group executive for sports Marcia Mahlalela resigned. According to two SABC senior executives privy to the case, the SABC was pinning its hopes on Mahlalela's evidence to nail Maroleng.

However, their plans were thwarted after Mahlalela's resignation and they only settled on giving him the written warning, saying he should not have been involved in negotiations, let alone given the vague instruction to Mahlalela to "do whatever it takes" to get Marawa back to the SABC.

"I confirm that I represented Chris Maroleng at the disciplinary enquiry on 3 October 2018 before Adv Nazeer Cassim SC. As you may be aware, it was reported in the media earlier this year that the SABC had brought charges against Chris Maroleng arising from the process that led to the appointment of Robert Marawa to host the simulcast sports talk show on Metro FM and Radio 2000. However, at the disciplinary enquiry, the SABC formally withdrew the charges ... Chris Maroleng continues to serve the SABC as its Chief Operations Officer. Chris Maroleng has advised that Mr Marawa continues to host the simulcast sports talk show," said Gwaunza.

We broadcast soccer matches at a loss, says the SABC

The SABC has lost more than R2.3bn in six years as a result of broadcasting football on radio and televisions.
News
3 years ago

The two charges had emanated from concerns raised by unions and SABC staffers that Maroleng had sanctioned and rubber-stamped an "exorbitant contract" for Marawa while he knew the SABC was in a dire financial situation.

Other charges according to executives who have seen his charge sheet, were derived from the SABC's discovery that Marawa was offered a 5% profit share option on his contract by Mahlalela, and that the offer was confirmed by Maroleng.

The executive said SABC's new CEO Madoda Mxakwe was concerned about the allegations against Maroleng and gave the green light for Maroleng to be hauled before the DC.

The executive stated that the profit share option offered to Marawa was questionable as no other presenter, either on TV or radio, had ever been offered such incentives.

The same source revealed that Mxakwe and the board were also worried about the costs incurred in conducting the forensic investigation and disciplinary hearing as all the expenses incurred on the matter would likely be considered fruitless expenditure by the
auditor-general as nothing was achieved by the processes.

SABC Spokesperson Neo Momodu said: "The SABC refutes all the statements mentioned in the media enquiry. The SABC also affirms that it respects the confidentiality of contracts entered into with its employees and independent contractors. We will therefore not discuss matters of any nature related to our employees and independent contractors publicly."

Marawa could not be reached for comment at the time of going to print.

Sportscaster wants the SABC to pay him R5m.
News
3 years ago
Next Article