Riddle of the company owner who died a pauper 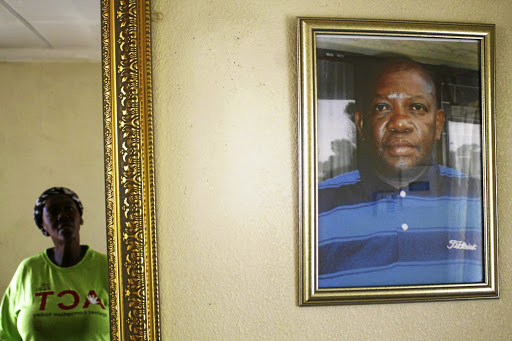 Disebo Moremogolo, the partner of the Simon Madiehe, inside the house of the deceased in Potchefstroom.
Image: Kabelo Mokoena

The family of the deceased driver of a multi-million stationery and office supply company in North West has taken a white-owned company to court over claims that it used their relative to front for government tenders while he died a pauper.

In addition, the family of the deceased driver, Simon Joseph Madiehe, is facing eviction after his partner in the company, Peter Zacharias Oberholzer, threatened to evict his wife and kids from the house they lived in.

It is alleged that the house was "given" to the family by Oberholzer, who was also Madiehe's boss, and who was meant to transfer the property into his driver's name but never did.

According to the papers, the threat to evict the family came after they refused to hand over Madiehe's death certificate to Oberholzer after his death. The family claims that the man's 51% shares in Planet Stationery and another company, Millennium Traders and Electrical Fitters, were allegedly sold to Oberholzer in a suspicious transaction a week before Madiehe's death.

As if that were not enough, the man's younger sister, Elizabeth Letsoako Mapanzela, claims Oberholzer demanded a refund of the R15 000 he paid towards the funeral of the man. The payment was made because the family, despite legally being beneficiaries of a lucrative company, could not afford to bury him.

These details are contained in an affidavit filed at the high court in Mahikeng by Mapanzela, who was appointed executor of Madiehe's estate. Mapanzela details in her court papers how her brother was allegedly used as a front to help his white boss score lucrative tenders from the North West provincial government.

She said while the company had an annual turnover of R10m-R50m, Madiehe died a pauper, leaving his family in poverty though he was the majority shareholder. In her papers, Mapanzela requested the court to issue an order to set aside and/or cancel an agreement allegedly signed by Madiehe, selling his 51% stake to Oberholzer in exchange for a R500 000 house, R100 000 cash and a bakkie in December last year, a few weeks before he died.

Among her papers was a court order directing Oberholzer and Planet Stationery to provide her access to the memorandum of incorporations of the two companies in which Madiehe was a director.

She has also requested the companies' annual financial statements, annual general meetings reports, notices and minutes of all shareholders meetings, as well as minutes of all other meetings for a period of seven years.

Further to the demands are an order compelling Oberholzer and his companies to provide her with the share certificates of her late brother, a copy of the shareholders' agreement, and copies of financial records, including bank statements starting from the date on which Madiehe became a shareholder of the two companies.

According to the court papers, Madiehe, who died in August, was employed as a driver by the stationery firm from 1999 to December last year.

"The deceased stopped working for the first respondent during December 2017 after he had a dispute with the second respondent regarding payment of dividends for his shares. "He had just found out that he was a shareholder in the first and second respondents. The deceased died a pauper. The Madiehe family, me included, struggled to make ends meet in order to give him a dignified proper burial," reads the sister's affidavit. 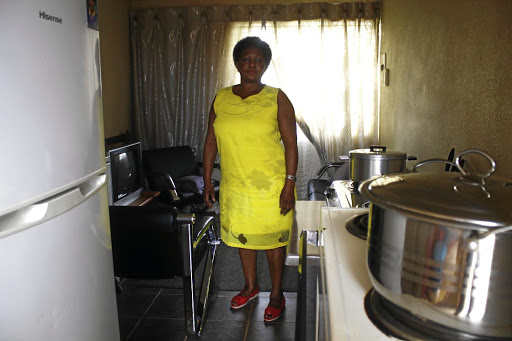 Elizabeth Mapanzela the sister of the deceased, Simon Madiehe, insert, inside the house of their brother in Potchefstroom.
Image: Kabelo Mokoena

She said it was Oberholzer's desperation to get his hands on Madiehe's death certificate that made her suspicious of him and his intentions. Mapanzela said at the time of Oberholzer's request, she already knew that Madiehe was a 51% shareholder in his companies and had confirmed the information with the National Treasury supplier database for government.

She said following Oberholzer's refusal to provide proof to support his claims, she contacted lawyers for help. The papers show Oberholzer, through his lawyers Pieter Schoeman Attorneys, still refused to co-operate with her request for information and stuck to the story that Madiehe had sold his shares.

She said they produced an agreement, purported to have been signed by Madiehe, stating that he had sold his shares to Oberholzer in exchange for a house, car and R100 000.

The papers show that Mapanzela argued the agreement could not be admitted as a valid document because the house in Ikageng, Potchefstroom, was currently registered in the name Oberholzer.

She said the bakkie also belonged to the stationery company and was taken away after her brother died. She also argued that Oberholzer had used Madiehe as a front to secure lucrative government supply contracts and that her brother never received any dividends for his shareholding in the company, noting that Oberholzer was now threatening to sell the house.

Oberholzer confirmed that Madiehe was a shareholder in his company but said the agreement signed between them was valid. Responding to allegations about the dispute over dividends and monies owed to Madiehe, Oberholzer claimed that his former driver had a drinking and gambling problem and that it was possible he had lost his money through these activities.

Oberholzer said he was not aware that his business partner died a pauper, but emphasised that he had noted from his bank statements that shortly after payments were made to his accounts, he withdrew a substantial amount.

"I can only surmise that the deceased used those funds to either gamble or to drink," he said.

Two lawyers and a retail manager allegedly embezzled R78m from the estate of an elderly woman.
News
3 years ago
Next Article