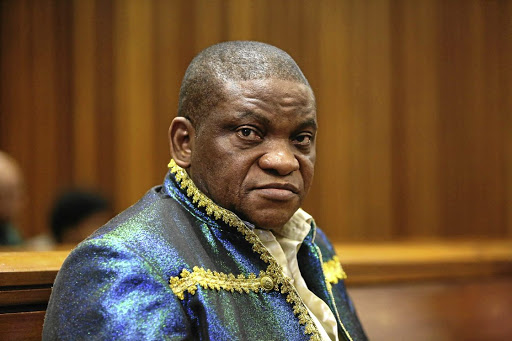 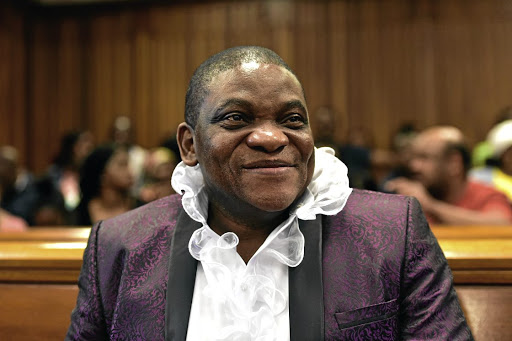 As Nigerian pastor Timothy Omotoso's rape trial resumed at the Eastern Cape High Court in Port Elizabeth on Thursday, the flamboyant pastor rocked up in court with a bright silky, shiny sky-blue jacket with matching sandals with upturned tips.

Since the beginning of the trial the charismatic Omotoso has rocked up in court with colourful outfits often only seen worn by runway models making fashion statements.

There was a paisley print purple tuxedo jacket teamed with a frilly high-collared shirt that set tongues wagging on social media about the appropriateness of his avant-garde style and flamboyant posturing.

Many on social media expressed their disapproval of the pastor, with some saying that his flamboyance should have been a clear message for congregants to run for their lives.

One person on Twitter posted a picture of Omotoso in the white vintage shirt, captioned, "This isn't a Halloween costume, it's a real monster dress code".

Attire that gripped attention in court
Lifestyle
2 years ago

What irked the public more is how the pastor rocks up in court, Bible in hand, with a big smile on his face.

Jesus Dominion International Church leader Omotoso and his two accused are facing 63 charges and 34 alternative charges that include rape, sexual assault and racketeering.

On Thursday, Omotoso's legal team lost their bid to have the judge in the case, Mandela Makaula, recuse himself on the basis that he seemed to have acted in a sympathetic manner towards witness Cheryl Zondi during her testimony.

When asked if the way Omotoso dresses to court could have an impact on the sentencing, an attorney Norman Montjane from law firm K Montjane Incorporated in Tembisa, said even though witnesses or people on trial have to look presentable in court, there is no prescribed attire to attend court.

He said though some people may have different views regarding Omotoso's colourful attire, it must also be considered that his dress sense may be influenced by where he comes from, saying the dress sense of people in Nigeria can be more colourful.

However, Montjane noted that considering the sensitivity of the case and serious charges Omotoso is facing, his demeanour in court shows no remorse.

"It is advisable to wear normal [a muted], less colourful suit to court but still they cannot influence the judge's decision or the ruling," said Montjane.

"Whether the clothes show demeanour of the witness or person standing trial, I have not seen cases were clothes were used as a mitigation of a sentence," he added.

Omotoso's case will resume on Tuesday.

Pastor Timothy Omotoso is accused of sexually abusing and raping a number of girls from his Jesus Dominion Church. His interesting taste in clothes during his court appearances is also causing quite a stir on social media.

Judge Mandela Makaula has dismissed an application by Timothy Omotoso’s defence counsel‚ Peter Daubermann‚ to recuse himself from the case.
News
2 years ago
Next Article