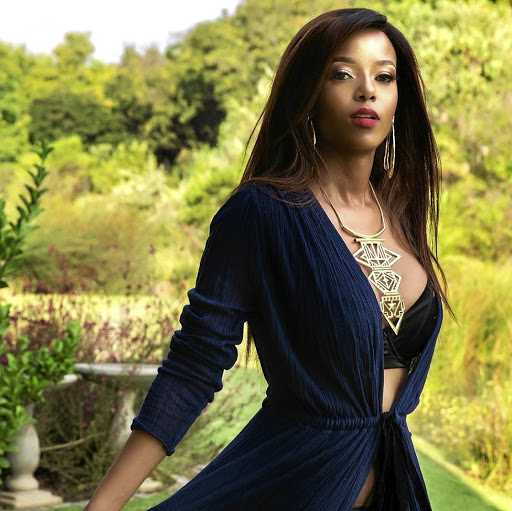 The wife of Sundowns midfielder Andile Jali, Nonhle, exhibited their fabulous life through social media detailing the lavish aspects of their lifestyle up until last year.

Many have speculated that the honeymoon phase has ended, although Jali regularly posts pictures of her and their children expressing his undying love.

This week sources claimed Jali's antics have even upset his wife who allegedly wanted the club to intervene.

The sources claim that Nonhle had felt defeated and wanted the club to help set the star straight.

"She said he was not sleeping [regularly] at home, the longest being away from home for six days, and has been drinking excessively," said a highly placed source.

But Nonhle refuted these claims when Sunday World asked for her comment.

"None of the allegations are true. Andile and I are happily married, he is a responsible father who loves and cares for his children. He is currently in training in Port Elizabeth and settling well in his new team. Should you have further questions regarding his career, please contact the Sundowns management team," she said in a written sms.

The 35-year-old mother rubbished the claims about Jali's wayward behaviour saying it was a campaign by his detractors.

"It's a smear campaign and we are used to it. It's as if people don't want to see young black marriages succeed.

I can't say that I am shocked. When I was pregnant with the twins last year and wanted to remain private - there were also stories that our relationship was on the rocks.

"But I can tell you he is a wonderful man whom I will be celebrating a wedding anniversary with very soon," she said.

Soon after having their first daughter Amahle, they celebrated her three month anniversary in a lavish affair.

Then there was another extravagant ballerina themed birthday party, to celebrate her first birthday.

The interior decorator and fitness guru also invited the Top Billing to show off their luxurious home and also announced that she was having twins.

While she once shared on Instagram how Jali purchased her a Dior bag worth R64 000, their Paris getaways, and snaps of her designer sneakers as she professed her undying love, she has since deleted her Instagram account.