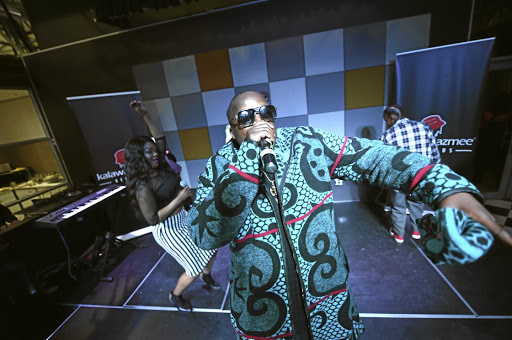 The late hip-hop star HHP was spearheading a massive land claim on behalf of the Tsambo family at the time of his death last week.

HHP, real name Jabulani Tsambo, took his own life on Wednesday morning in the bedroom of his Weltevreden Park, Joburg, home.

His helper of 14 years from Limpopo made the grisly discovery. The family has asked her identity not to be made public as she was still traumatised and under heavy sedation.

The rapper, who had suffered from depression, had in the past gone public about how he tried to kill himself three times but failed.

The rapper's cousin and family spokesperson Nkululeko Ncana said Jabba, as some referred to the king of Motswako music, was an instrumental cog in the family and always cared about their development.

"There's a farm called Koppieskraal along the N3 highway not far from Heidelberg that we have applied to reclaim. Jabu was the main player in that process because he was steeped in such things that had everything to do with family.

"We have been having meetings on that farm on a monthly basis since the process started about two years ago. The last time we were there, he made a pledge to erect a tombstone on the grave of one of our ancestors buried on that farm," said Ncana.

He said he personally had a meeting with HHP two weeks ago in which the rap star suggested that they establish a family trust to ensure that their children and the generation that would come after them would be well-taken care of.

The year 2018 has robbed South Africa of many young and talented stars, from musicians, actors and academics.
Lifestyle
3 years ago

"He was that kind of guy, he was family-orientated. He might have been an artist that was respected internationally but he did not live the fast life.

"He was always around his family. He attended funerals, weddings and other feasts whenever he was around.

"His passing will leave a huge gap especially because he was the eldest of three children. He was very close to his sister Ayanda who was once his manager.

"His little sister Zanele will also miss him because he was her hero."

Ncana said HHP started singing while he was still young in his birthplace of Mahikeng in North West.

He moved to Joburg after matric to study fine arts at the then Rand Afrikaans University. "It was here that he started meeting other artists around Joburg. These interactions led to the release of his first album Omang. It was around 2002 when I was studying at the University of Western Cape that I helped him get a gig in Cape Town.

"We were worried that most people might not like his music as many don't speak or understand Setswana down there. Needless to say, he aced it and everybody was in awe."

Ncana said the family has arranged two memorial services with one in Joburg on Tuesday and another one in Mahikeng on Thursday. HHP will be buried in his birthplace at a date still to be announced.