Oscar grieves for his grandfather 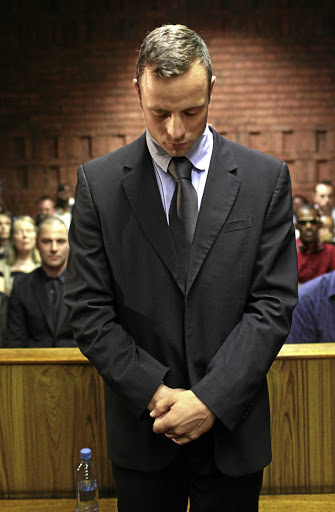 Oscar Pistorius is serving 13 years in jail for the murder of Reeva Steenkamp.
Image: James Oatway

Jailed Paralympian Oscar Pistorius learnt on Friday that his 101-year-old grandfather had died and did not take the news well.

The family confirmed that Hendrik Pistorius had died in the early hours of Friday.

One of Hendrik's 23 grandsons, who asked not to be named so as not to betray the family's trust, said Oscar had been upset because he had fond memories of his grandfather. Oscar was sentenced to 13 years imprisonment for the murder of his girlfriend Reeva Steenkamp in 2013.

The grandson said members of the family were with Hendrik when he died.

"He had health problems. He was in and out of hospital. He was in pain. We are glad we had an opportunity to spend time with him."

He described his grandfather as loving, charismatic and well-spoken, but "as of recently, he was battling with his speech, sometimes he could not talk".

Hendrik was described as a great communicator who had strong passion for Afrikaans, Latin and English languages.

He is survived by seven children, 23 grandchildren and 30 great-grandchildren. His wife, Gerti, died two years ago aged 92. "He was dearly loved," the grandson said. "He has been a great blessing."

The grandson said that Hendrik's funeral will be held in Pretoria in the second week of next month.

The Constitutional Court has dismissed former Paralympian Oscar Pistorius’ application to appeal against his 13-year sentence for the murder.
News
4 years ago
Next Article