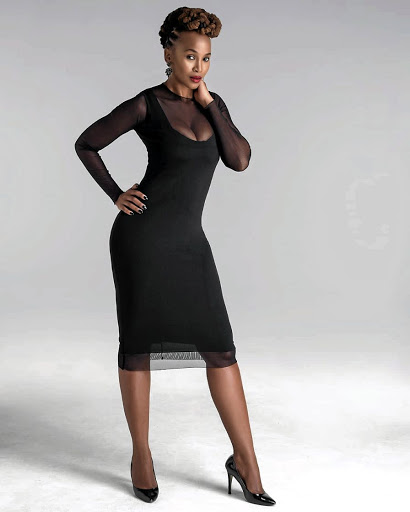 What was supposed to be a fun day under the spring sun at the Walter Sisulu National Botanical Gardens in Roodepoort, west of Joburg, turned sour for media personality and model Claire Mawisa.

This after tsotsis tried to steal Mawisa's Toyota Yaris while she and her friends were having a picnic two weeks ago.

According to a police statement Sunday World has seen, Mawisa parked her car, with all its doors locked and windows closed, and went inside the venue to meet her friends for the picnic. When she returned to the car later, she discovered that it was damaged.

"While blissfully picnicking at the botanical gardens, my car was being broken into.

"She got inside the car and noticed that the steering wheel was damaged underneath and the driver's door was also damaged, with the total costs amounting to R15000."

Mawisa took to social media where she posted a picture of the damaged steering wheel. She wrote: "While blissfully picnicking at the botanical gardens, my car was being broken into. Evidence shows that they tried to steal it, but they failed. I am grateful that they were amateurs; that I was always safe and that damage is repairable."

Mawisa, who turns 40 on October 7, refused to comment, saying she had said more than enough on Twitter.

TV maven Claire Mawisa will ring in the big 40 in October and she can hardly wait.
Entertainment
3 years ago
Next Article