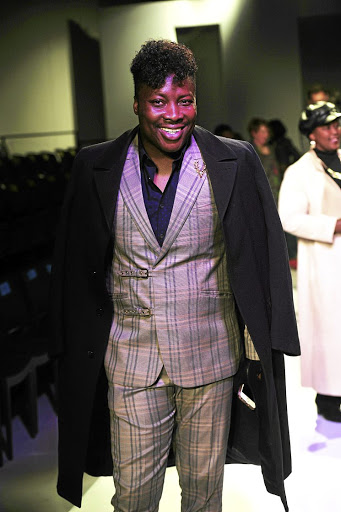 As a result of the dispute, Majola and UBS are set to lock horns at the South Gauteng High Court in Joburg after Majola filed a combined summons demanding 70% of the revenues and royalties generated from the business lifestyle show.

Majola claims in his court papers that despite the understanding with the production house, he was still to receive payment from Urban Brew.

As if that was not enough, Majola also accused UBS of hijacking his concept, alleging that the production company changed his show's name from Turning Point to Starting Point.

He says in his court papers that this was done so they could kick him out after the show was approved to come back for a second season.

According to the summons, the two parties entered into a partnership to produce the show that aired on MultiChoice's ED Channel after signing a memorandum of understanding on March 24 2015.

Vernon Zuma and his wife owe millions.
News
3 years ago

This, according to the papers, happened after Majola had approached UBS with a business proposal for an "inspirational TV show".

The papers say the intention was to get UBS and Majola to use their combined skills, experience and networks to co-produce the show.

It was also agreed that Majola, as the owner of the concept, would get 70% while Urban Brew was set to get 30% of the show's revenue and royalties.

"The plaintiff duly performed his obligations in terms of the agreement and as a result was told, after receiving great reviews from its first episode, that the series would be renewed for a second season," read the papers.

The papers further claim that Majola and his company were, however, not paid a cent for their contribution.

Dlamini is alleged to be behind failed investment.
News
3 years ago

Majola says in the papers that he received an e-mail from UBS on February 26 2016, informing him that the second season of Turning Point would be cancelled due to a reshuffling of programme line-up by the channel.

This was despite earlier communication Majola received saying the show was returning for a second season.

Majola says he was shocked when a show titled Starting Point, based on the same format and content as his Turning Point, aired on May 11 2016.

He says he was therefore entitled to 70% of all revenues and royalties arising from Starting Point as the original concept owner.

The papers also show that Majola served Urban Brew with a letter of demand on November 23 2016.

Majola's lawyer Sara Samsodien Legg, of MMS Attorneys, confirmed the summons and said they were waiting for a response from UBS.

Urban Brew spokesperson Calvin Sefala said: "UBS is in receipt of a summons that we are currently considering the contents of, and are therefore not in a position to comment further on the matter."

Artists' royalties 'not paid in years'.
News
3 years ago
Next Article