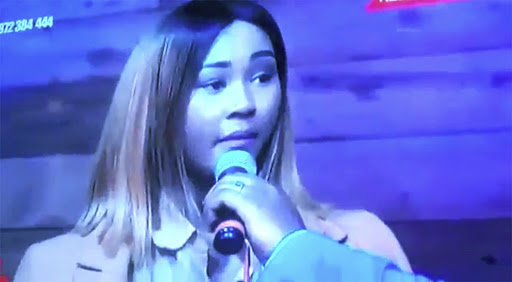 The father of a woman who said she bought seven luxury cars two weeks after she visited prophet Shepherd Bushiri's church has defended her after it was alleged she bought the cars with the proceeds of crime.

Charmaine Kekana's testimony at the church went viral on social media after the notorious Twitter parody Man's Not Barry Roux alleged that the woman and her family were looting the Mogalakwena municipality in North West.

The account posted a video on Wednesday with the caption: "She lied. These cars belong to his father Phineas Kekana, who was head of security at Mogalakwena and part of the thugs who looted the municipality until it got under administration with no budget."

However, Phineas Kekana poured cold water over the allegations, saying people were just jealous of his daughter.

Come see me in action- he says.
News
3 years ago

Kekana said Charmaine, 26, is a director in his security company, which has been doing business with the municipality for the past three years.

Kekana went into business after resigning as head of security from the municipality following 14 years of service.

"I make over R1-million monthly, that is why we afford the luxury lifestyle my daughter is living. Those cars are hers, she is not lying. She is a director in the company," he said.

Mabunda thanks preacher for his blessings.
News
4 years ago

In the video, Charmaine could be heard saying: "I had three cars at the time I visited the church and prophet [Bushiri] put his hands on me.

"Two weeks later, I bought seven cars. I went to the Mercedes-Benz dealership to buy a C43 because [it] is cheaper but the dealership said they will give me a C63 with a price of the C43."

She further mentioned that she owns a Hyundai i20, a Toyota minibus, another Mercedes-Benz car, two Toyota bakkies and VW Golf 7.

Municipal spokesperson Malesela Selokela confirmed that Kekana was doing business with them. He also said he was not aware of any looting at the municipality.

She lied. These cars belong to his father Phinious Kekana, who was head of security in Mogalakwena & part of the thugs who looted the municipality until it got under administration with no budget. She’s Charmaine Kekana named after his father’s mother. She’s from Moshate, Limpopo pic.twitter.com/lQHI53HfCS