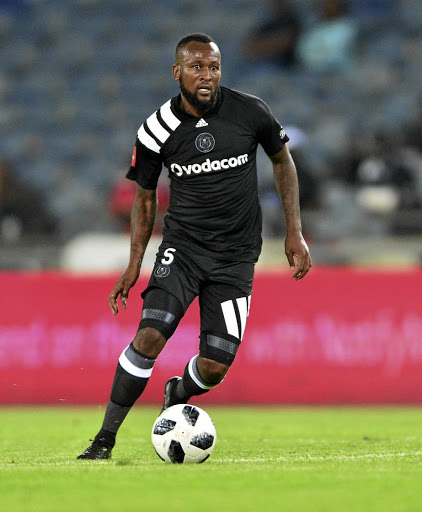 Bucs midfielder Mpho Makola is fighting to get his money back.

The top PSL midfielder has now filed papers at the North Gauteng high court to liquidate the giant company for failing to refund him an amount of R279418 from a botched Chesanyama franchise deal.

This comes after the soccer player approached Gold Brands's subsidiary Franchising to Africa in 2016 with the intention to buy a Chesanyama franchise.

The idea was to secure a life outside of football when he retires.

However, what appeared to be a solid deal with promises of an easy return on investment turned out to be a nightmare for the player, who said he is struggling to get his money back after being short-changed on a lucrative spot at Alex Mall, as per the deal he signed.

Malema demands apology, retraction of the allegations.
News
3 years ago

Makola, according to court papers, paid R317000 towards a franchise deposit fee on a franchise deal worth R512000 where the outstanding amount of R195000 was to be paid before he could take ownership of the franchise.

However, before the agreement could be concluded in full, a dispute ensued between Makola and franchise owners after a decision was taken that Makola must take over a less lucrative spot in Grobblersdal, Limpopo - his home province - instead of the agreed Alex Mall spot as per their initial agreement.

The decision did not sit well with the soccer player, sohe opted to cancel the agreement to purchase and demanded a refund of the deposit he had paid.

The papers show that Gold Brands agreed to the cancellation of the agreement but indicated that Makola will have to pay R5000 administration fee as stipulated in their contract.

Makola did not dispute the fee, but Gold Brands went for over eight months without paying, leaving him with no choice but to file summons.

According to the liquidation papers filed on July 13 at the Pretoria high court, on receipt of the summons Gold Brands opted to settle the matter out of court, and offered to pay the R312000 in several installments.

A settlement agreement was signed, which was also made an order of court.

Artists' royalties 'not paid in years'.
News
3 years ago

According to the settlement, a payment of R45000 was to be made in seven installments, with the first payment to be made into Makola's attorneys' trust account on October 22 last year and the last on April 22 this year.

But Makola's lawyer Dawid Moreroa, of Seokane Incorporated, said they only received one installment of R145000, and said the JSE-listed company defaulted on the rest of the installments for months.

"Again, despite [the] settlement [agreement] having [been] made an order of court, [the] respondent failed to pay the aforesaid amount as per the court order. "[The] respondent only managed to make payment in the amount of R145000," reads the papers.

In the same liquidation papers, Makola also detailed how he unsuccessfully tried to attach some of the assets of Gold Brands to recover the R279418 owed to him, only to discover that the property attached did not belong to Gold Brands.

He said the sheriff received a claim by a third party that the property the sheriff has attached to the value of R41300 did not belong to Gold Brands.

The soccer player proposed that the company be liquidated to ensure that its creditors were able to recover their funds.

"I respectfully submit that it will be to the benefit of respondent's creditors if the estate were to be sequestrated," the court papers continued.

Gold Brands had not responded to Sunday World's efforts to get a comment on the matter at the time of going to print.

Come see me in action- he says.
News
3 years ago
Next Article