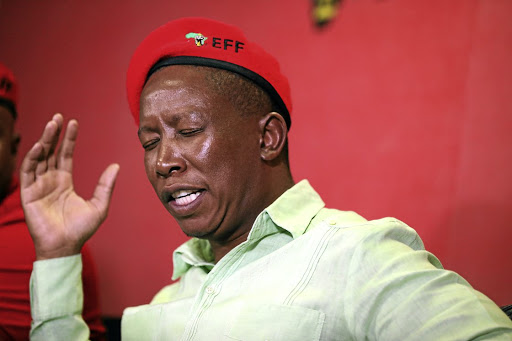 EFF leader Julius Malema has filed a defamation lawsuit against the ANC Youth League (ANCYL) and its secretary-general Njabulo Nzuza over bribery claims.

Malema, the former ANCYL president, is demanding a whopping R1m and for his political rival to withdraw the "defamatory" statements he made during an interview with suspended Power FM talk show host JJ Tabane on August 21.

According to court papers filed at the South Gauteng High Court this week, Nzuza told Tabane and Power FM listeners that Malema was allegedly caught out when he tried to bribe some International Union of Socialist Youth (IUSY) officials in order to secure votes for the presidency of the international organisation. 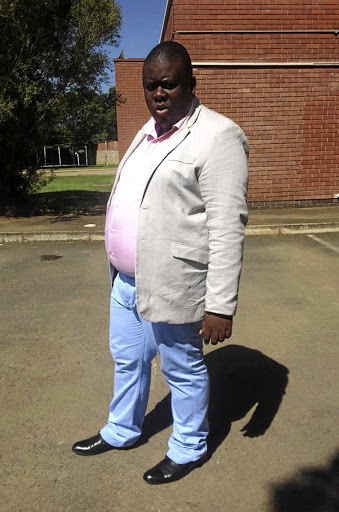 Nzuza, the papers state, allegedly said Malema did not succeed, but got the youth league expelled from the international youth organisation as a result of his alleged conduct.

However, it appears that the statements did not sit well with the EFF commander-in-chief, who came out guns blazing against the youth league leader and his former party, demanding that they should retract the "defamatory" statements and apologise publicly for them.

He said the statements damaged his good name and reputation as a credible politician.

As a result of the statements, Malema said he suffered and continues to suffer damages to his "good name, reputation and political standing" and is thus demanding R1m.

He said the amount should be paid by either Nzuza or the youth league, arguing that when he made the statements Nzuza was acting within the scope and authority of his employment by the youth body.

Nzuza told Sunday World he was not aware of the court application but confirmed that he had received a letter of demand from the EFF's legal department.

However, he said Malema should have sent the letter in his personal capacity as the matter had nothing to do with the EFF.

"He was never sent by the EFF to IUSY and he must face the matter personally and not hide behind the EFF.

"I will not be threatened by him," said Nzuza.

The outgoing secretary-general said he will only reply when Malema comes to him directly as an individual.

Music star not bothered by others' concerns.
Entertainment
3 years ago

In the affidavit, seen by Sunday World, Malema says the allegations that he was caught trying to bribe certain individuals at the IUSY "was and is devoid of any truth, false, incorrect, misleading, wrongful and defamatory" to him.

Juju also said the allegations were meant to paint him as a "corrupt and immoral politician unsuitable for public trust in that he resorts to unlawful and corrupt tendencies of bribery in order to achieve his political ambitions of higher office".

Malema, according to the papers, further says that Nzuza's bribery claims appear to seek to erase what he stands for, especially among the young adults, after "studying through correspondence and obtaining a degree or tertiary qualification, while his political party, the EFF, is the hope of a despairing nation after the ANC had degenerated".

The papers indicate that the EFF leader, through his party's legal division, also wrote to Nzuza and the youth league ordering them to retract the statements in writing and to publish a retraction on other media platforms that covered the interview.

Another demand in the letter is that Nzuza must apologise for his "malicious, wrongful and defamatory statements".

However, Juju's papers also show that Nzuza and the youth league were not moved by the letter of demand and never bothered to respond.

"Despite the demand, the first defendant has refused and/or neglected or declined or omitted to abide by the aforesaid demand," reads the papers.

Beef with record label now over, thanks to Juju.
News
3 years ago
Next Article