Baroka boss's wife robbed at gunpoint at the club house 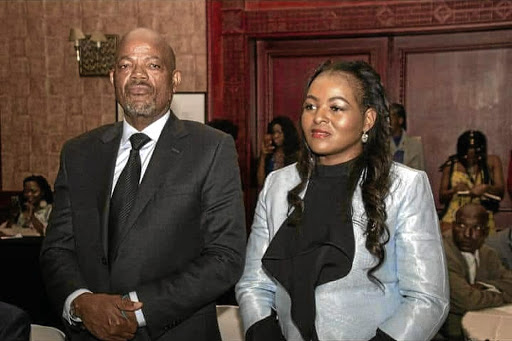 Baroka Football Club owner Khurishi Mphahlele is not a happy man after tsotsis robbed one of his two wives at gunpoint this week.

The dramatic incident happened at the PSL club's headquarters in Lebowakgomo, Limpopo, on Thursday afternoon after the thugs had marked Selogadi Mphahlele from a local shopping centre.

According to Khurishi, the criminals relieved his first wife of R16000 in cash, a wedding band, cellphones, wrist watch and other belongings.

He told Sunday World that his wife was accosted by three men who had followed her from the shopping centre after she had withdrawn money.

Khurishi said they accosted her and robbed her at gunpoint as she pulled up at the club house. Khurishi said he had no idea who the culprits may be but hopes the police will succeed in bringing them to book.

He said the victim was driving a black Range Rover SUV when she was attacked.

He said the victim told the officers that immediately after she had parked her car at the club's property, three men stormed out of a silver Nissan Livina with a Gauteng registration number.

"Two suspects came out and pointed guns at her while the third suspect remained in the car. They took her away from her car and robbed her [of] money, wedding ring, two cellphones, handbag with bank cards, driver's licence and identity document," Mojapelo said.

No arrests have been made and the victim was not injured.