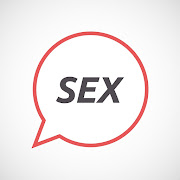 A 16-year old grade 10 pupil has learnt the hard way about the dangers of undesirable posts on social media when a video of her exalting the pleasures of sex made her an internet sensation.

In the video, the pupil from Sikhululekile High School in Hammanskraal is heard saying the following: "Bathong ke bolela ka selo se se monate. Gape sex e monate. Motho ge a le virgin nou o itshenyetsa nako. (I am talking about a great thing, sex is good, if anyone is a virgin in this day and age they are wasting their time.)

The pupil is saying this in a classroom full of other pupils, wearing her school uniform. She goes on to graphically describe the motions of sex and the intense pleasure it gives her, before shouting "Viva testicles, Viva!" in Setswana. It seems the video was recorded during a lunch break.

Following investigations conducted by the school, the pupil was asked to appear for a disciplinary process.

The pupil, who cannot be named to protect her identity, was found guilty of transgressing the school's code of conduct, public indecency and using foul language and was asked to spend a week at home.

Gauteng education department spokesperson Steve Mabona said it was not the first undesirable incident that had happened at the school.

"[The] utilisation of a cellphone in the classroom especially during contact time is prohibited and, as such, learners should be mindful of what they record on their phones."