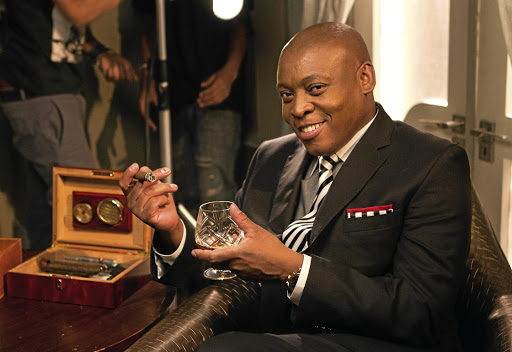 The Hawks have written a tax fraud script against Generations: The Legacy actor Rapulana Seiphemo.

According to police records seen by Sunday World, Seiphemo, who plays Tau in SA's second-biggest soapie, has allegedly failed to submit his personal tax returns for five years.

The case was opened by SARS officials at the Joburg Central police station earlier this year.

The veteran flick icon, who starred in the Oscar award-winning movie Tsotsi, among others, is likely to be summonsed to appear before the Joburg Specialised Commercial Crimes Court before the end of this month, according to police sources.

"He has failed to submit his tax returns for five years. He is going to be charged with contravening s234(d) of the [Tax Administration Act] TAA [failure to submit income tax returns as required by the act]," said the mole.

Hawks spokesperson Ndivhuwo Mulamu confirmed the registration of the case.

"But we cannot confirm the name of the suspect as he has not been charged or appeared in court," she said.

Attempts to solicit comment from Seiphemo drew a blank.

Actress Katlego Danke appeared in the Johannesburg Magistrate's Court on August 21 for fraud. Danke, who plays Kgothalo on Isidingo, was warned to appear in the same court next month after the case was postponed for further investigation.

The sultry thespian found herself in hot water after SARS opened a case of fraud against her at Joburg Central police station in March. According to a police statement, Danke allegedly failed to submit her personal tax returns for the years 2012, 2013, 2014, 2015, 2016 and 2017.

The Hawks also plunged their talons into former Kaizer Chiefs defender-turned businessman Jimmy Tau for fraud after he submitted his income tax returns late. He paid a R300 admission of guilt fine.

Modise was summonsed to appear in court and paid an admission of guilt fine of R1000 per return for late filing of five income tax returns.

Claims that story was fake news strongly denied.
News
3 years ago
Next Article