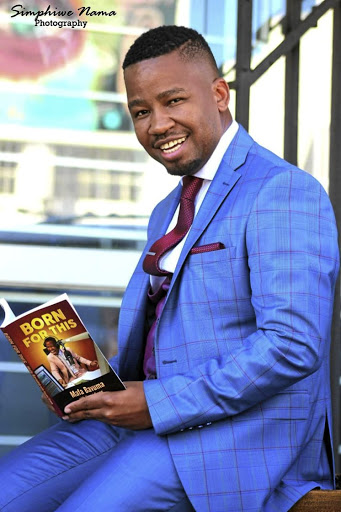 But what millions of the station's listeners don't know was that the jovial Bavuma had been secretly dealing with heartache since early teens.

He has spoken out about being molested by a cousin.

Bavuma, 35, revealed the traumatic experience in his book Born For This, which he launched earlier this year.

Talking to Sunday World about the incident, Bavuma said he was visiting relatives in Port Elizabeth when one of his older cousins woke up in the middle of the night to molest him.

"We were all sleeping in one bed as boys and I felt someone breathing heavily on top of me. At first it felt like a dream but then I woke up and discovered that my pants had been pulled down and he was on top of me.

"Upon realising that I was awake he left the bed and went to sleep in another room without uttering a word," he said.

The following morning, Bavuma said, the cousin acted as if nothing had happened while he, on the other hand, was left dealing with the trauma and embarrassment caused by the incident.

Bavuma said he had never said anything to the cousin ever since the incident.

"It is sad because we go along as if nothing has ever happened. But the experience has stayed with me until now. If he still remembers what he did to me, maybe the book will trigger something in him," he said.

Now married with two children, Bavuma said he was hoping his story would help young men who have been molested and are shy to talk about about it.

"Talk to someone about it, either family members or a professional.

"Personally, I am glad I was able to share it with friends and family. It helped a great deal with the healing process."

He said while still busy writing the book two years ago, he suffered another traumatic reality when his mother succumbed to diabetes. He subsequently included the pain of losing her in the book.

"It was a difficult period for me as I was very close to her. I was devastated".

In the book, he also opened up about having to deal with his sister's HIV status.

"More than anything the book, for me, is about dealing with all what life has thrown at me in my young age.

"I hope it will also help in healing the wounds for all those that have also suffered the same fate as I did."

Bavuma co-hosts BEE on Umhlobo Wenene with Pastor Nozewu and Coach weekdays from 6.30am to 9am.

Businessman quits his job to 'fix' boys in SA.
News
3 years ago
Next Article