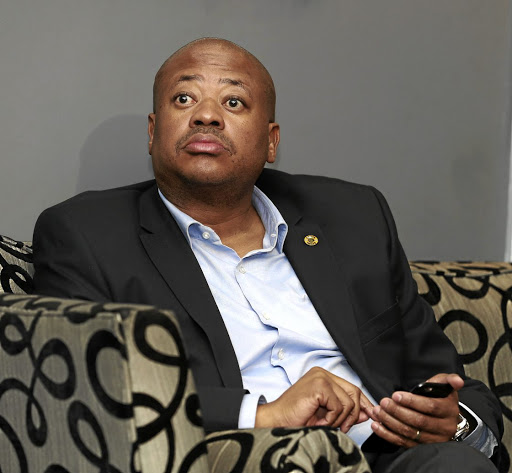 Kaizer Chiefs football manager Bobby Motaung lost some of his valuables when a pub he was in was robbed at gunpoint by tsotsis in the early hours of last Monday.

The incident happened at the popular D'Bango pub and restaurant in Atteridgeville, Pretoria, where Motaung and other high-profile patrons were chilling from Sunday into the early hours of Monday.

Bob Steak, as the Chiefs boss is affectionately known to millions of soccer fans, fraternised the drinking hole after his side played against SuperSport United at the Lucas Moripe Stadium in the same township on Sunday.

Motaung could not comment yesterday as he was in a meeting.

Chiefs spokesperson Vina Maphosa declined to comment, saying the matter was personal and only the club boss could comment.

Police spokesperson Lungelo Dlamini confirmed the case. "A case of business robbery is under investigation but no one has been arrested. It is alleged that a group of three unknown men attacked patrons at a local pub in Atteridgeville and robbed them of their cell phone and watches.

"The owner of the pub was also robbed of an expensive watch. The value of the stolen goods is worth about R100000. Unfortunately, this office is not at liberty to disclose the names as well as the number of the victims that were robbed," he said.

According to a police statement seen by Sunday World, Masipa told the police that the three gangsters relieved him of his Hublot wristwatch worth R82000. "He was inside the premises with his customers enjoying themselves, and three African males entered the premises with firearms wearing balaclavas. They pointed at them with the firearms and ordered everyone to lie on the floor. The suspects fled the scene with a white Volkswagen Polo Vivo," reads a part of the statement.

One of the patrons who witnessed the robbery said a quick-thinking Motaung saved his expensive wristwatch by taking it off during the fracas.

"I think those boys targeted him because they returned a few moments after they left and looked for him, saying they wanted his watch. But Motaung is streetwise, he was already gone when they came and pointed at us with firearms for the second time. The only thing they took from him was a man bag," said the man.

Several neighbours, a Chiefs official and policemen said they heard about the robbery and that the Polo was later recovered dumped on the side of the road at the other end of the township.